Enjoy some exotic vibes at home with these authentic Goan chicken dishes. Goa has everything a popular vacation spot has to offer - including sun, sand, and most importantly, delicious food. One of the main draws for visitors to this travel hotspot is the authentic Goan cuisine. Some of the key ingredients in Goan cuisine are rice, seafood, coconut, vegetables, meat, bread, pork, and regional spices. Another distinguishing feature is the use of vinegar and kokum. Goa’s cuisine has Konkani roots and was influenced by both the Sultanate rule and the 451 years of Portuguese rule. Many Catholic recipes either have names or ingredient lists that are comparable to or different from their Portuguese counterparts. Although Goans did not adopt their extensive use of garlic in every dish, they did pick up their talent at baking bread. You'll observe that Goans frequently substitute warm, soft bread for their usual dish of steamed rice. Goan cuisine has long been dominated by spices, seafood, and coconut, while the use of Fenni and vinegar is also finding prominence.

Here’re four Goan chicken dishes that you must try

Xacuti is a curry prepared in Goa. It is made with a complex blend of spices, including white poppy seeds, grated or sliced coconut, and huge dried red chillies. In Portuguese, it is also referred to as chacuti. Harmal (now Arambol), a village in Goa’s Pernem Taluka is where Xacuti, also known as Shagoti, was first introduced. White poppy seeds and coconut are lightly roasted before being added to this. This dish features a strong flavour of coconut that seeps into the chicken perfectly. 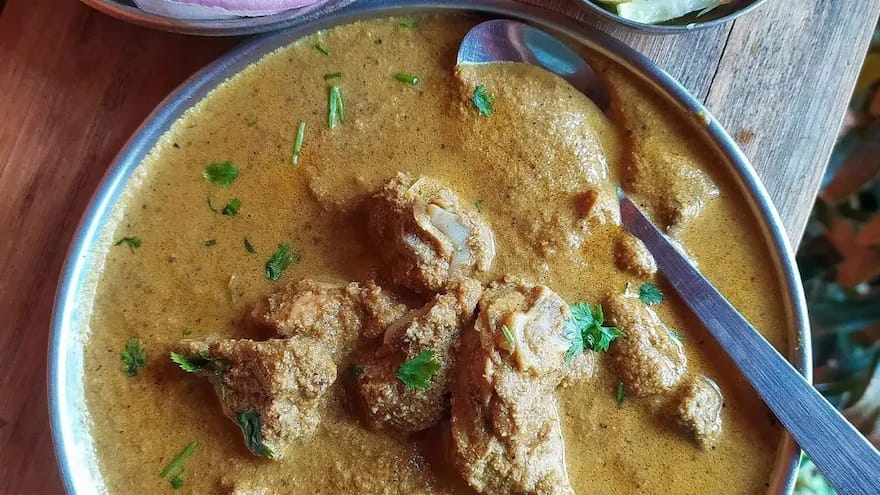 In this dish, tender chicken pieces are cooked in a tangy, hot sauce made with coriander leaves, spices, lime juice, vinegar, chiles, garlic, and ginger. The sauce is thick and green in colour. It is a staple food of the Goan Portuguese community. The Portuguese and African soldiers serving under the Portuguese introduced this dish in Goa. It’s a dry chicken dish that’s prepared in a green marinade with herbs and spices that are fresh from the garden. 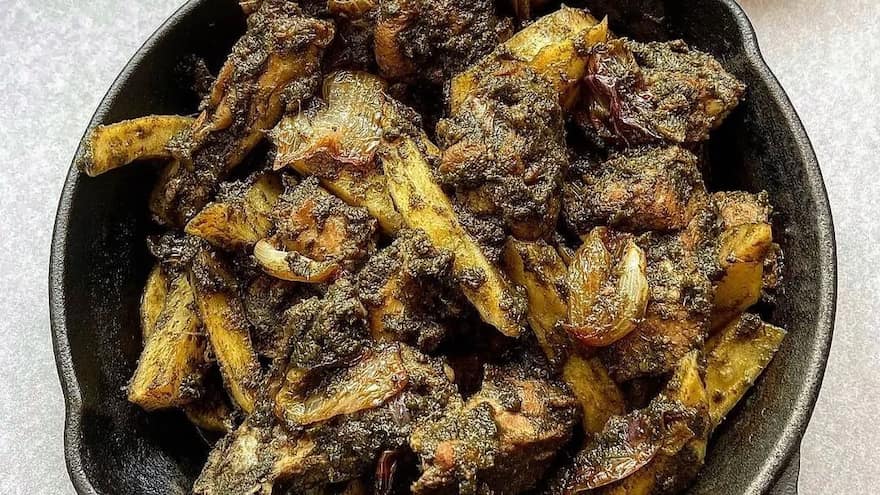 Goan Vindaloo is a fiery Indian dish that comes with Portuguese culinary influences. The Portuguese introduced a dish, called Carne de Vinha d’ Alhos (meaning ‘meat cooked with wine and garlic’) when they first arrived in India. The recipe was changed by Goans by adding Indian spices and cooking it in vinegar rather than wine. Thus, the flaming red and hot vindaloo curry was born. Goan Chicken Vindaloo is an authentic Goan dish that pairs well with pulao, naan, or roti. This spicy and tangy chicken dish is loved by people living in the Konkan region. 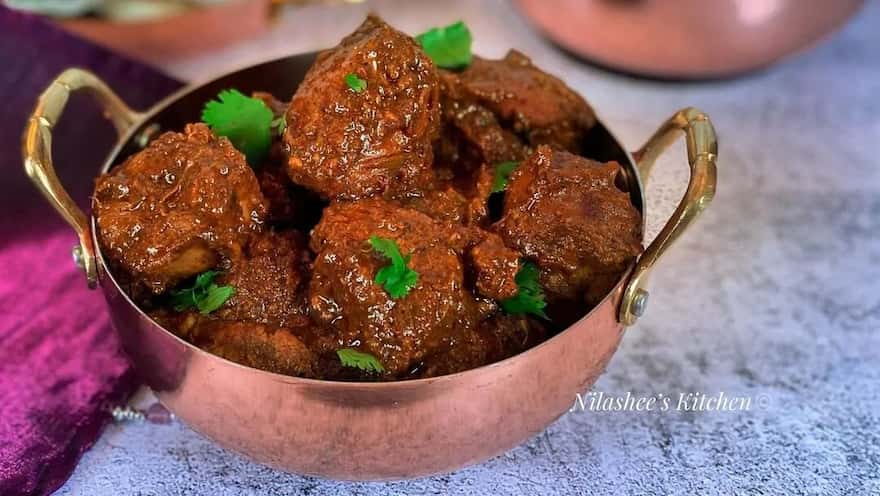 In this dish, semolina or rava is used to coat marinated chicken before it is shallow-fried in a small amount of oil. This dish is usually served with rice. It is an easy-to-prepare chicken dish that also uses fewer ingredients. It’s a perfect dish for those days when you crave something light yet satiating for your dinner. 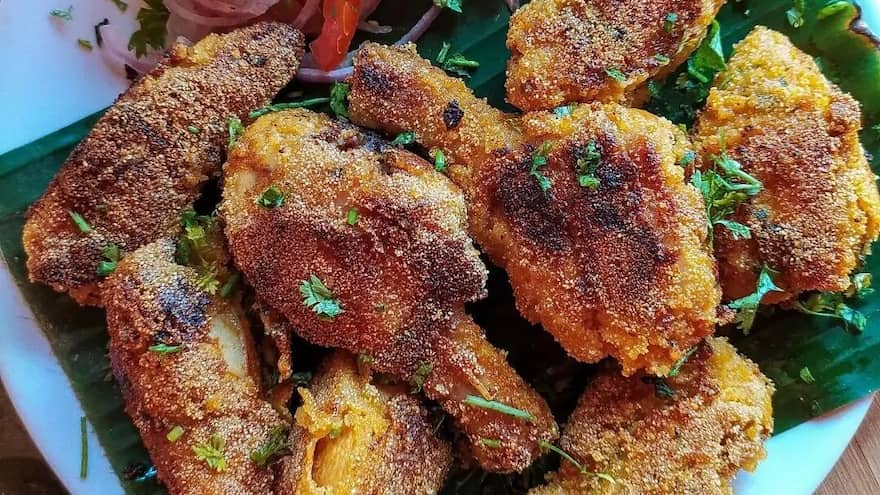 Goan Cuisine: Savour The Flavour Of This Goan Fish Curry On Weekend

Chicken Cafreal: The Story Of The Well-Known Goan Dish

The 5 Best Places For Traditional Goan Food In Goa