The pizza mania has hit Diana Penty and well, we are finding it difficult to count how many are there. Also, some pizza recipes inside for your next party. The love for pizza around the world is immense. Imagine how the Italians and the Americans are in a tussle as to where does the pizza originally belong. Be it a birthday, anniversary, a house party or a get-together, the pizza brings together people along with each slice that is added to it. Don’t they say sharing is caring? That is very much possible in case of a pizza. In fact, it happens that heated arguments take place over the last slice of pizza.

Amidst such a pizza craze we have discovered another pizza lover from B-town. Diana Penty who begun her career as a model, moved on to debut in the film industry with Cocktail. Since then, we’ve seen her in several movies like Happy Phir Bhaag Jayegi. The Shiddat actress seems to be a self-confessed foodie, as she was seen in a reel saying that she doesn’t like sharing her food. This time too, the actress was in a different mood when she blatantly wrote, “Won’t be sharing these with anyone” over a series of pizza stories that she posted on her Instagram handle.

Wondering how many is she having? Here, take a look. 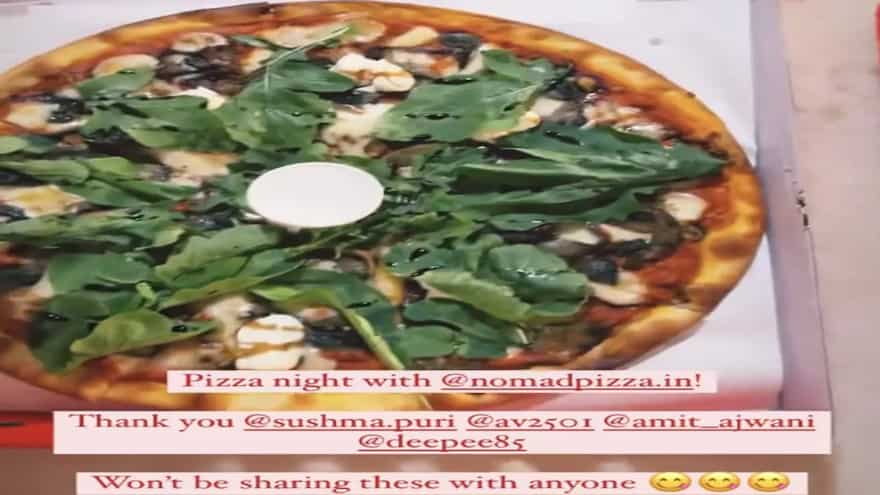 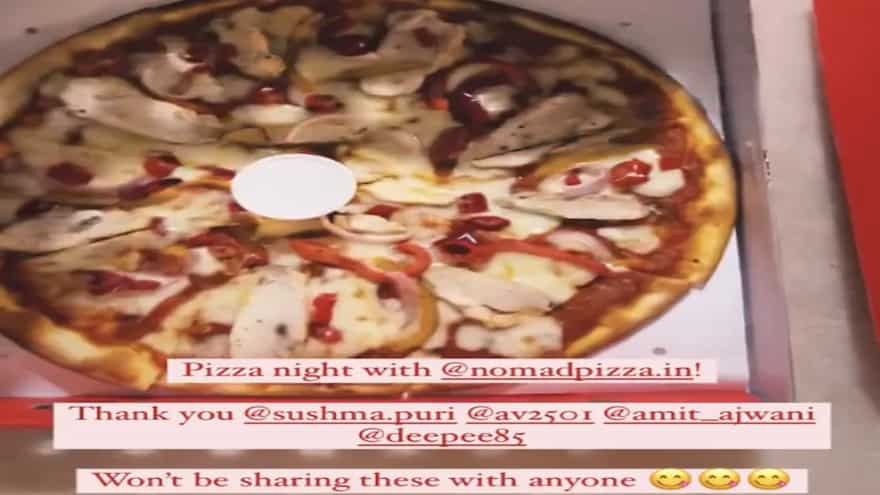 Source: Screengrab of Instagram Stories/Diana Penty                                           From pepperoni to mushrooms, her pizzas are filled with all kinds of toppings that one can think of. There is loads of cheese in one while the other one is stuffed with green, leafy delights. There are four different pizzas that are ready to be devoured by Diana Penty for her pizza night and we don’t think she’d share even a slice with us.

So here are some pizzas that we’ll you make at home so that you can eat them all by yourself.

A tangy, spicy and flavourful sauce on the base of the pizza really enhances the taste. Slather the pizza base with the green pesto sauce and slice some chicken pieces on it. Sprinkle loads of grated cheese and bake it till it melts. Garnish with cherry tomatoes if you like.

Looking for a vegetarian option? This sliced potato pizza is a match made in heaven. Toss the potatoes in some garlic seasoning and slice them fine. Top it on the base and slather the sauce. Add other veggies like onions and capsicum if you like. Douse with grated cheese and enjoy.

This is a rich and filling pizza recipe. Buffalo chicken, along with buffalo wings, ranch dressing, blue cheese and jalapeno poppers are dunked into the pizza and baked to perfection.