A viral Instagram post has left everyone thinking if one can actually cook without fire or oven. Let's find the truth behind the story.

Can you think of cooking without fire? Do you think it is possible to cook something in the sun's heat? Well, a recent viral Instagram post will make you believe the same. A woman with an Instagram account with the name ‘ghadirbenderofficial’ left everyone shocked by posting a video in which she is cooking eggs with the heat of the Sun. No, we are not exaggerating.

Global warming has led to extreme weather conditions. That is the reason why every season seems to extend and reach its peak. The extreme rise in temperature has made the outer atmosphere a microwave, it seems. Probably that is why people are even able to cook with the help of the Sun's heat.

In the viral video, a  woman can be seen keeping a pan outside her window. Then, she pours a few drops of oil and breaks an egg into that pan. Within seconds the egg becomes an omelet. The lady captioned the video, “People living in Qatar would relate.” 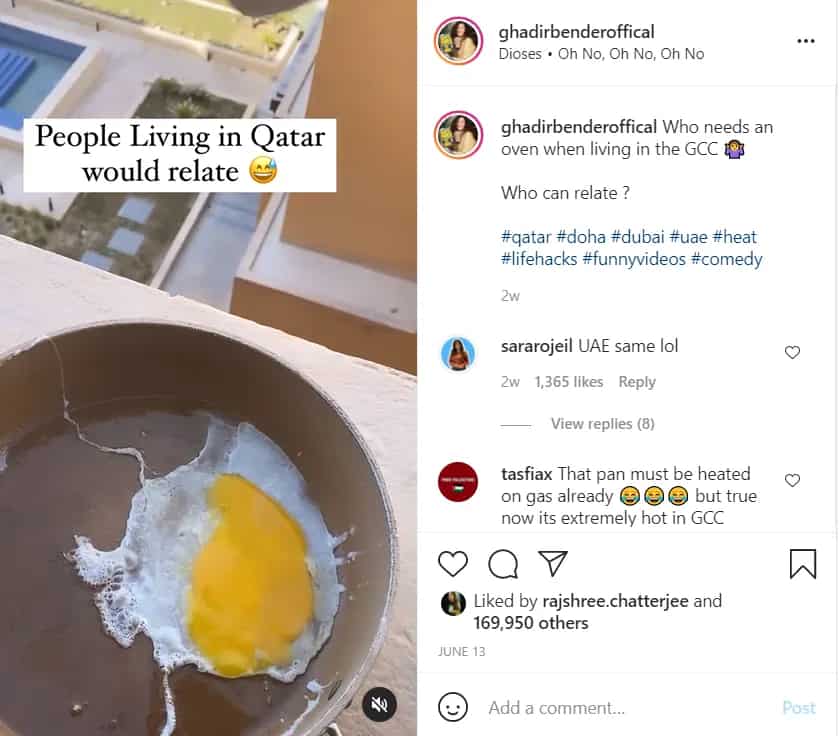 The post became viral in no time garnering around 4.5 million views and more than a lakh likes. While some people could not believe their eyes, others thought it may be real. One of the users commented, it may seem funny but people living in Qatar know that the real microwave is cars left outside during summer.

Undoubtedly, the post created a storm on social media which later faded with the girl’s confession. She accepted that the video has no truth to it. It was a part of a joke. She actually cooked egg on a pre-heated pan on the gas.

Well, the craze of being famous can make anyone do such things.