Some historians believe that kheer is one of the oldest foods in the world and probably one of the inventions of ancient Ayurveda. The first notes on this food recipe date back to 400 BC in the epic texts of Ramyana and Mahabharata. Kheer is known by many names on the Indian subcontinent, including Payasam, Payesh, Phirni and Fereni. Do you know that this word is a modified rendition of the Sanskrit word “ksheer'' for milk or “kshirika” which indicates a dish with milk. It is a delicious, rich and creamy milk-based dessert that is part of Indian cuisine. Often served at festivals, wedding ceremonies, and even in temples, it is considered a forerunner of European milk rice. In southern India (between 300 BC and 1279), during the reign of the Cholas, kheer was usually offered as food to the deities during certain types of religious rites.

According to its recipe, kheer is obtained by cooking rice in sweet milk enriched with Indian butter ( ghee ) and aromatic spices like cardamom and sometimes even saffron. On special occasions, it is sometimes decorated with cashews, almonds and pistachios.

Are Firni and Kheer related?

Firni is a close variant of Kheer created by the peoples of ancient Persia. Unlike kheer, there is a similar sweet dish in the Middle East called firni.  It seems to have originated in ancient Iran, introduced into the Mughal subcontinent, and is now a popular dish in the South Asian region. Firni is made from ground raw rice, which is then cooked in milk until completely softened. Served cold, this dish is usually chopped with cardamom, saffron and rose water. Another branch of kheer is shola-e-zard, a sweet yellow rice porridge. The main ingredient is brown rice, cooked and combined with milk until tender. 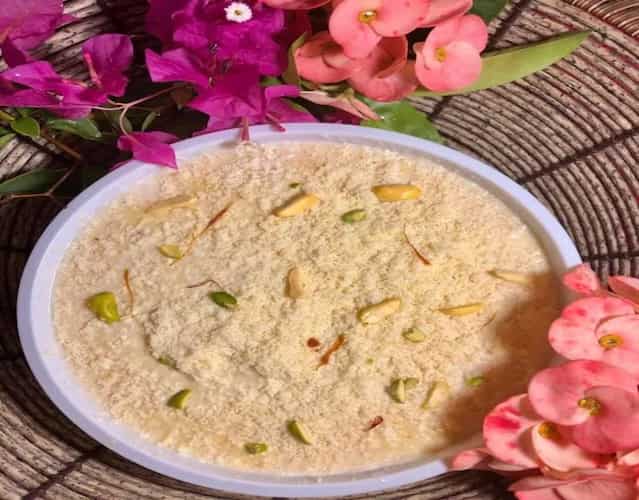 The Persian version of kheer was originally known as the food of angels. Historians believe that this dish was first served in heaven when Prophet Muhammad ascended to the seventh floor of heaven to meet God.

Beetroot Kheer Recipe: A Delicious Twist To Your Indian Pudding