Fancy Turkish food and Missle-eastern dips and salads, you can check out this interesting buffet menu.

“Why Friday?” was one of my first questions, after I heard about Pluck's 'Arabic Nights' Buffet that is to be hosted on every Friday night at the five-star property. “Because it is on Friday nights that you truly want to indulge, on Saturdays you just want to get sloshed,” came a convincing reply.

We do want to hog on Fridays and a buffet eliminates the whole stress of choosing the ‘right dish’. The exquisite buffet (priced at INR1800++ per person) at The Farmers Basket, Pluck is an homage to the Middle-Eastern cuisine. Usual suspects like hummus, shawarma, kibdeh and shakshouka impress, but we were quite taken aback by the range of options in the buffet that will go so well with the contemporary-Indian palate. Starting with the Manakish, which looks like a wood-fired oven pizza. The bread was topped with ground meat, thyme and cheese. Make sure you have it hot and fresh. 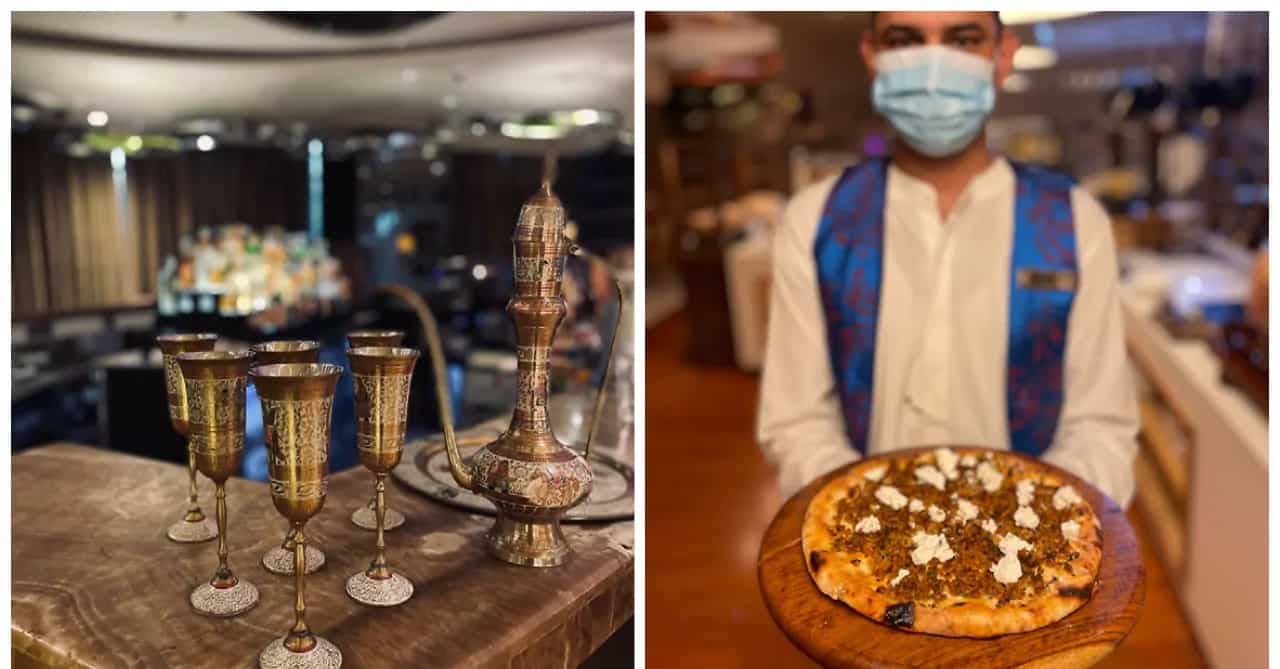 We were also served a portion of Anadana Kebab, which looked like a Turkish cousin of Seekh Kebab, it was served with Saj bread, a type of Rumali roti from the middle east, some sliced onions and mint, yogurt dip. Everything about this dish works, from the meat to spice ratio, to the mint, yogurt dip undercutting the heaviness, and pairing it with Saj bread is perhaps the best way to have it. We, for sure,are not having Anadana Kebab any other way from now on.

When we got up for a second refill of Muhammara dip and not the hummus, we knew we are in for something special. For the unversed, Muhammara is a Turkish, savoury, roasted red pepper dip. The pounded nuts add an astounding richness to the dip. You can pair it with the Sambusak (yes, the supposed, keema-filled precursor of samosas), falafels and kibbeh.

The Baharat Spiced roast chicken, a flavourful spit-roasted chicken served with the side of sumac spiced salad and pomegranate molasses sauce is another highlight of the menu, the Turkish Manti, which may appear like ravioli to some and dumpling to other, also stands out. It is essentially boiled dumplings filled with lamb or mushroom, topped with creamy yogurt sauce and spices. If you fancy Biryani on Friday night (relatable), you must go for the Lamb Mansaf. While it is not exactly biryani, it will satiate your cravings for sure. Here the lamb is braised in yogurt and spices before it is assembled with rice, which lends a whole another level of texture and flavour to the rice.

With a hilarious stint with the Turkish ice cream, we proceeded towards the dessert section comprising an assortment of Turkish and Arabic desserts. The Baklava is truly out of the world and the Kunafa Bel Jibna, a flaky sweet pastry with vermicelli coating serves is worth reserving some room for.

In fact, we also dug out the recipe of the Adana Kebab and Lamb Mansaf from Pluck, Pullman Hotel, Aeocity, New Delhi. Try making it at home and see if you could recreate the same magic. 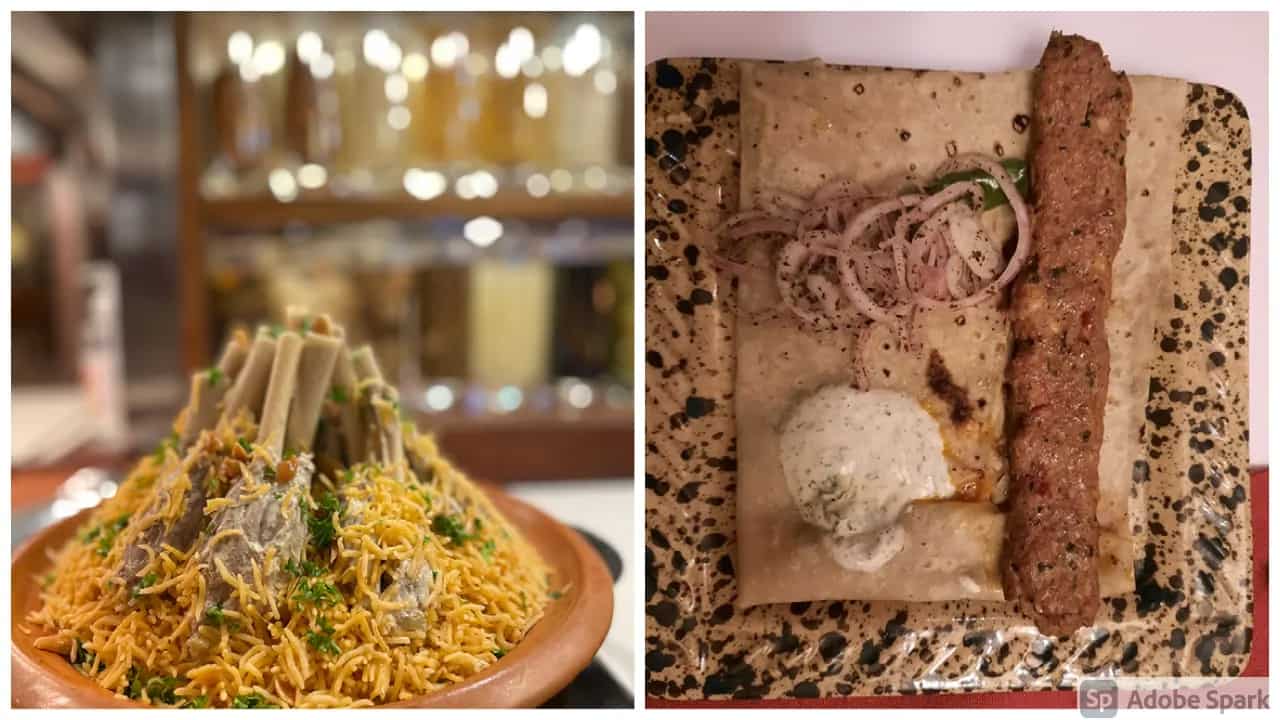 For the Laban Sauce

For the Bread Base

For the Laban Sauce

1. With the help of mincing knife, combine kidney fat cubes and lamb meat cubes. It should take about 30 minutes for the whole mixture to come together. The whole mixture should appear like ground meat, and post this you can start working on the kebab.

2. Mix in Aleppo pepper powder, chilli pepper, cumin, black pepper powder, smoked paprika and salt. Use the knife again to mix all the spices and the meat together. It should take about 10 minutes.

3.Place the kebab meat on the skewers, you can use water to prevent the kebab from sticking to your hand.

4. Place the kebabs on charcoal grill and cook for about 3 minutes on each side. 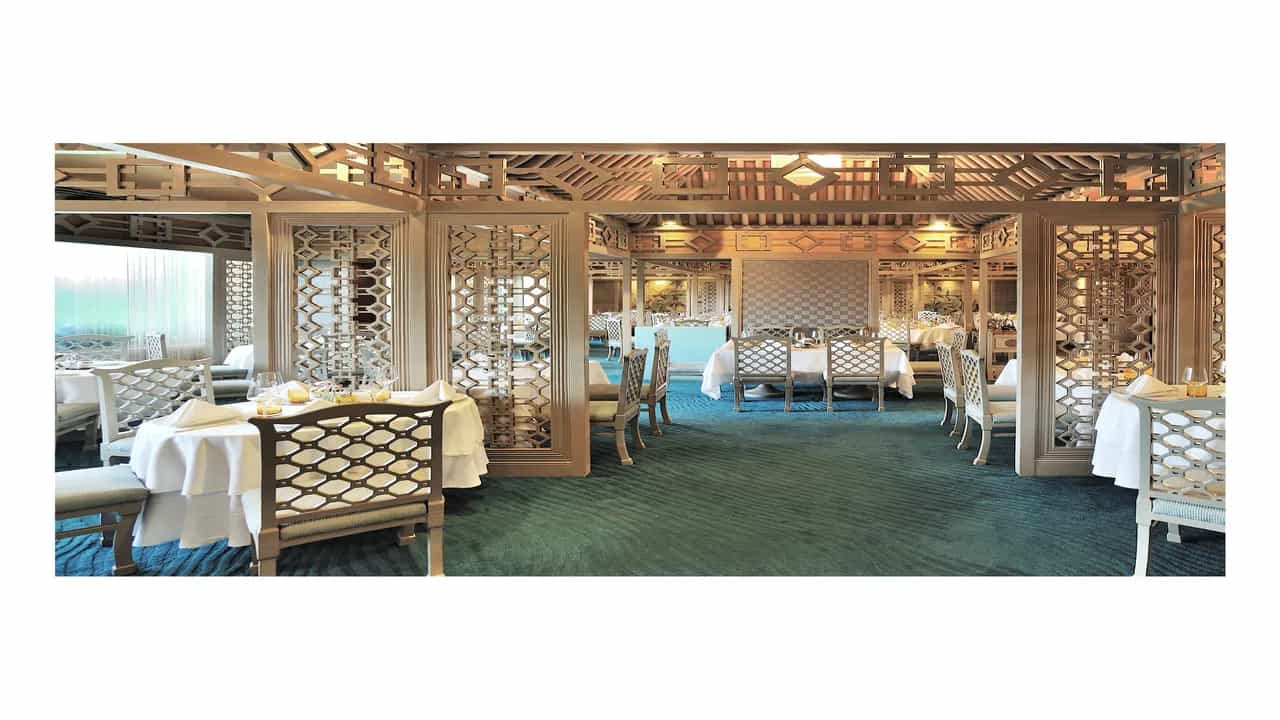