We’ve Been Sipping Soups Since Ages, Let’s Know The History Of It

In the early middle ages, the soup played an important role in society. The English word of soup comes from the French word "soupe". Meanwhile, the word comes from the Latin "suppa", which means bread soaked in soup. It is said that soup is as old as the history of its preparation. The oldest soup dates back to 20,000 BC. In one of the Chinese caves, where traces have been found on ancient pottery, suggesting that the pot must have been boiled in a hot soup.

It is believed that the ancient people simply dug a hole in the ground, spread it with animal skin and used it to boil water with hot stones. The practice dates back to the time of Neanderthals, who cooked bones and produced fat to prevent protein poisoning. The result of this cooking method is broth to drink. It was more important to soak the food in the water. As a result, the food was cooked faster and more fully. It also gave the soup a better taste because the food diluted its juice and made the soup more delicious. The starch thickened the soup, making the dish even tastier. 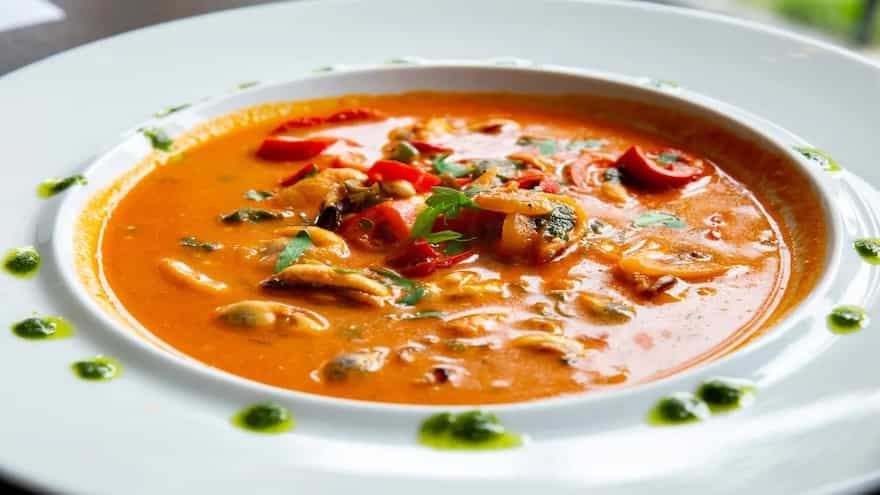 Meat and fish soups were also made during ancient times. The quality of the soup has also improved with the progress of agricultural practices, the availability of durable cookers and appliances, the quality of vegetables and herbs to spice up.

Different properties have made the soup an ideal choice for sedentary people and travellers, rich and poor, healthy and sick throughout history. Stews, pudding, everything is made from soups, and their cooking style and shape are evolved with local ingredients and flavours in mind.