Want To Satisfy Your Sweet Tooth In A Healthy Way? Try These 4 Homemade Jaggery Sweets

Jaggery is associated with multiple health benefits and could be used in various ways to sweeten your dishes. Try out these simple ones.

Jaggery or gud is unrefined sugar obtained from sugarcane juice without removing the nutritious molasses. It is considered a healthier substitute for sugar and India being its biggest producer, gud is used as a sweetener in many Indian dishes. Often used in Ayurvedic medicines, jaggery is known to offer both health and beauty benefits. If you're up for trying some easy-to-make homemade sweet dishes containing jaggery then below is a small list for you.

Jaggery adds a unique flavour to any halwa you're making and if you try it once there's no going back to putting sugar in your halwa.

Also known as Gurer Payesh, jaggery in kheer adds a very different flavour compared to sugar in kheer. Used many times as prasad in temples, jaggery mixed in rice and milk gives a balanced and delicious taste that you won't find in any other dessert.

This can be a very healthy breakfast or evening snack for you. You can make gud ki roti for your kids. Most probably, they will like it.

Having til ke laddoo is a very common way of consuming jaggery in India. Every Makar Sankranti market is packed with stalls selling til items. However, til laddoos made with jaggery are something you can try at home too. If you wish you can go for similarly made murmure laddoos (laddoos made with puffed rice and jaggery) too.

Roasted peanuts and jaggery in your laddoos, sounds yummy? It can be a great combination to have as both are a good source of energy and linked to various other health benefits. 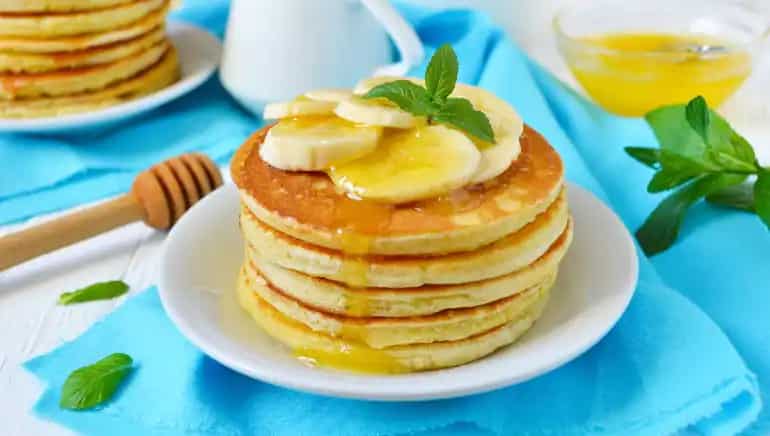 5 Reasons To Replace Sugar With Jaggery In Your Kitchen Try Out This Delicious And Super Healthy Jaggery Paratha, Thank us Later

5 Reasons To Replace Sugar With Jaggery In Your Kitchen

Try Out This Delicious And Super Healthy Jaggery Paratha, Thank us Later