If you are a maggi lover, how does the idea of a maggi milkshake sound?

From Gulab Jamun maggi to Oreo maggi, there have been a range of experiments with these instant noodles in the past.

Just when we thought nothing could go wrong with our maggi anymore, someone experimented and came up with a bizarre of version of the otherwise delicious dish. Be it sweet or savoury, people have left no stone unturned when it comes to maggi. For instance, do you remember Oreo maggi that divided the Internet a few months back? An Instagram food blogger created a maggi recipe by adding crushed oreo biscuits to it. A host of reactions poured in, garnering disgust and appreciation alike.

Recently, a similar incident took place on social media when a user who goes by name @mayursejpal shared a picture of a Maggi Milkshake on his Twitter account. The tweet read, “Some idiot share this with me... Maggie Milk-shake.... Jinda pakadna hai in banane waalo ko...”(find the inventors of this dish alive) with nauseous-face emojis in the end. The tweet carried an image of a mug filled with milkshake at the bottom and maggi noodles layered on top of it.

Till date, the tweet has received over 2K likes and 200 retweets along with a host of humourous replies.

While one user @lotussprings said that the person who thought of this should be imprisoned for life, another one @freemindkeeneye went on to say that maggi is being treated like garam masala because it is being added to everything these days.  A user called @NikDa23 made a hilarious claim that “Gujrat wale hi koi hoga, aise Mahan kaam wo log hi karte hain” (it must be the Gujaratis who invented this because they only do such great things).

What are your views on this latest maggi trend? Would you want to try it? 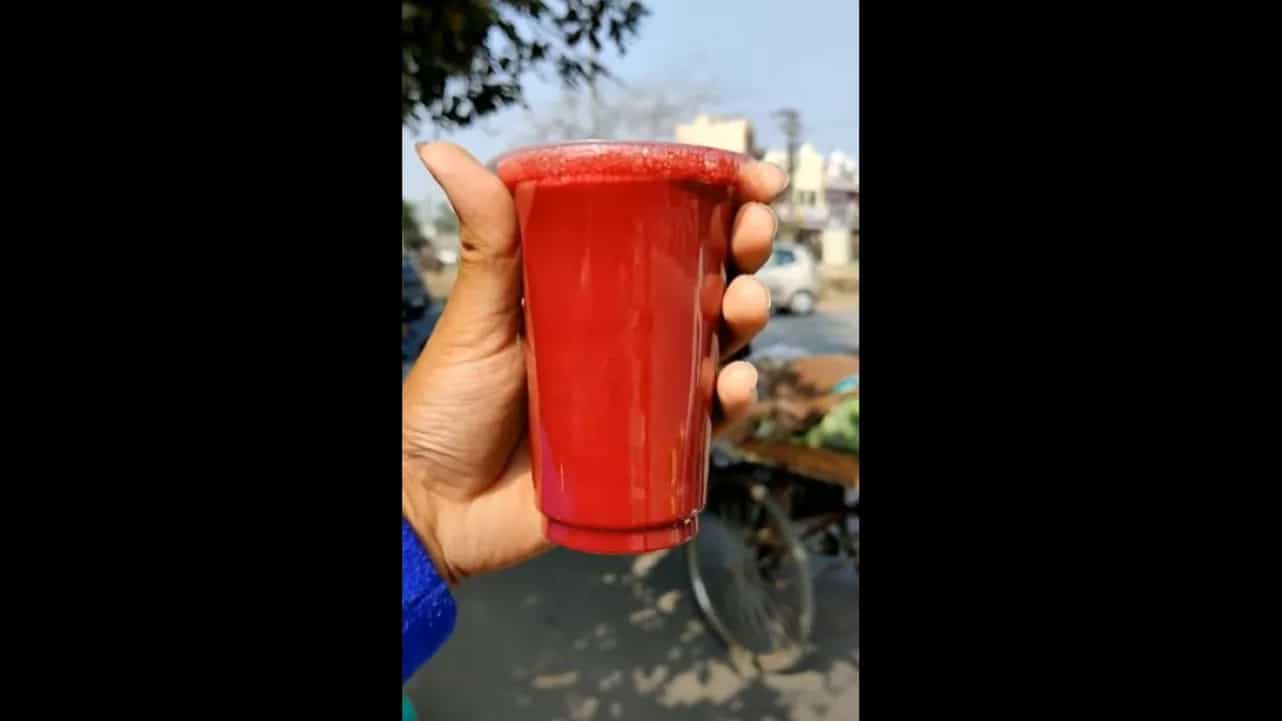 Viral: This Unique Street-Style ‘Khooni’ Juice Has Got The Internet Abuzz Viral: This 4-Ingredient Cheesy And Spicy Ramen Noodles Has The Internet Abuzz Burger In A Glass? Viral Pic Has Reddit Puzzled

Viral: This Unique Street-Style ‘Khooni’ Juice Has Got The Internet Abuzz

Viral: This 4-Ingredient Cheesy And Spicy Ramen Noodles Has The Internet Abuzz

Burger In A Glass? Viral Pic Has Reddit Puzzled