This Sindhi Swandhro Is Definitely Worth Ditching The Regular Boondi Raita

Swandhro features in Sindhi meals as a popular side dish.

As soon as summers arrive, from our elders to the Internet, everyone is talking about ways to natural coolants, summer recipes and several ways to beat the heat. In the scorching day light, if you have to step out then you know you’ll be drenched in sweat by the time you return. Two things that are commonly advised at my household are nimbu paani (lemonade) and dahi (yoghurt). Replete with antioxidants and cooling agents, they help to keep your body temperature under control and your stomach cool.

Eating a simple bowl of yoghurt gets boring so we turn to raitas. Boondi raita is the most common form of raita you’ll find in most North Indian households. Then there are variations like cucumber, tomatoes, onions, bottle gourd and many other vegetables which are added to spruce up a delicious raita. Across the country too, people have devised their own ways of making raita. Sindhis have their special swandhro which they term as their version.

No doubt, they are fond of boondi ka raita, but swandhro find its place in Sindhi meals, particularly in summers. Also spelled as Suandhro, this raita is made from dried drumsticks that are easily available at Sindhi shops. The tender drumsticks are commonly used to make a range of subzis in the Sindhi cuisine.

For preparing the Swandhro, take some dried drumsticks and soak them. Now after soaking, dry them and cook them with water and salt in a pressure cooker. Let them cool down. Beat the yoghurt like you would for a raita along with salt and some sugar. After mashing the dried drumsticks, mix the beaten yoghurt along with ginger, green chillies and coriander. Sprinkle some black pepper powder and cumin powder, chaat masala for garnishing. Serve chilled. 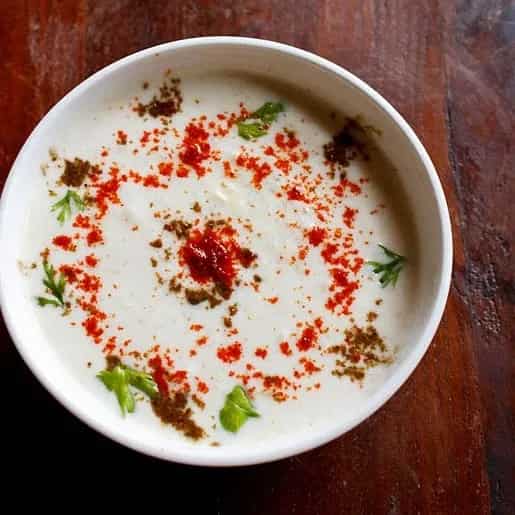