Starting a food and travel show right in the middle of a global pandemic seems like quite risk, but the creators are slowly beating all odds and emerging to be a popular YouTube channel.

It seems like every millennial's ultimate dream is to just eat and travel. Shashank Jayakumar and Sid Mewara of the ‘The Big Forkers’ fame seem to be living the dream now. Sid and Shanky started their YouTube channel ‘The Big Forkers’ in the year 2020. Their sheer love for food, and a drunken conversation may have propelled them during this direction. But starting a food and travel show right in the middle of a global pandemic seems like quite risk, what made them go ahead anyway?

With around 40k subscribers on YouTube, ‘The Big Forkers’ are making fascinating videos that are more than just vlogs. Their recent series in Goa, captures the party capital of India in a whole new light. They recently wrapped their shoot in Bengaluru. We caught up with the digital creators in an exclusive tete a tete, where they told us about their journey, work process and plans ahead:

1. When did you start your YT channel? What gave you the idea?

Sid & Shanky: We launched the channel on YouTube in May 2020. The initial thought was to test the waters, as we are corporate guys with zero experience of hosting a food show. This all started as a drunken conversation with friends travelling through the south of Spain in the year 2019, on the Anthony Bourdain trail. Our friend suggested putting a camera in front of us, as all our conversations revolved around food and were lively enough to be captured. They pointed out how every discussion led from food, to people, to Spain to its economy. This was the genesis of starting a show like The Big Forkers, where we cover food, cuisines, culture and a lot more.  We also think there was a lack of real content in this space, we decided the world is ready to see things from an unapologetic Indian-esque perspective.

2. You did a very in-depth series on the food culture of Goa. Talk about some unexpected findings

Sid: Yes, Goa was full of surprises. The fact that I have been here for 20 months, helped me find some interesting notes about the food culture. Usually, for tourists, Goan food is a fish thali, or a shack Vindaloo. Staying here gave me an opportunity to explore the diverse cuisines and flavours that change every few miles as you move from one district to another across the state. Different communities like the Gaud Saraswat Brahmins, the Catholics from north and south all have distinct styles of food. We learned the difference between a hooman(curry) and a Kodi, how Pernem food is different to Quepem.

We tried food from Peter’s Kitchen that was more in line with the Portuguese style, yet with local assimilation. Ramesh, with very simple but perfectly executed village style food. Different regions of Goa have different ways of making Xacuti so this was something new for us. We learnt about the Kunbi tribe who are one of the older inhabitants of Goa. Lastly Goa has become home to many expats and it was an interesting to see how they have incorporated Goan flavours into their own food.

3. Top 5 places to eat in Goa according to you

4. What are your future plans? Cities and states that you are looking to explore?

Sid & Shanky : We are currently in advanced conversations with OTT platforms and production companies to take the show to a larger format without altering the core essence and style.

We just wrapped up shooting of Season 3 in Bengaluru. It’s a city that loves it’s food and beers and that’s something we love too. We would like to cover many cities in and outside India. But we think next would be either Delhi or Kolkata followed by Kerala and then the seven sisters. At some point we want to take this international.

5. Take us through your day, right from conceiving a video idea to actually shooting it. What is the process?

Sid: This is not a day’s process but takes weeks of preparation to plan and shoot each episode. Take Bangalore, our most recent season, we wanted to cover different aspects of it. The city is actually a culinary representation of many different Southern states. We do our own research by reading relevant books and articles by food writers. We interact with our fans and take suggestions from the community/ locals as well. We also keep in mind the public perceptions of the place and evaluate whether we agree with that or not.

Our production team then approaches the places we have decided to cover and interacts with the restaurant team. They share their feedback with us and then we finalise the aspects and format of the shoot. On the day of shoot, the team reaches there early to ensure the technical set up is in order.

And then we land up, depending on whether we are interviewing somebody or just sitting down to eat, we just roll in, start eating, have our usual conversations going back and forth. Then we will cut and the production teams goes into the kitchen to get the best food shots. Each restaurant has its own characteristics and that’s what we try to highlight in the way we shoot it. And then it goes to post production.

Post production is a whole fun experience in itself. It starts with the director doing the content cut and then the editing team takes over. We have multiple editors, each with their own unique style. Another aspect of our show that has been appreciated by our viewers is the graphics that are added. We share our inputs throughout the process and leave some room for our editors to add their magic touch. After adding the right music and sounds that match the episode traits, we finalise the episode once the entire team is happy with the final product. Then the marketing team takes over.

6. A video of yours you didn't expect to get so popular

Sid: We were surprised when our vegetarian episodes received a great response. Vinay V/S Prakash was a surprise. As most of our viewers know that ours is a very carnivorous show. It got a lot of traction, a lot of debate and a lot of conversation.

Shanky: I personally think the Mumbai Pub-crawl. People liked the idea even if I was not sure of the content. People can relate to the conversations that we have. We receive comments like “we just love to watch you guys on camera because it feels like this is what we do with our bunch of friends”.

7. A video that is underrated

Sid: I think the Kunbi village episode is a little underrated. We agree it is a little bit different than our usual banter, but it is also exactly how we discover new things. And we didn’t want to be patronising to the Kunbi community so we kept it as real as possible. The commentary we got and the support we got was lovely. But we think it would gain a lot more traction down the line.

8. What are the challenges of being a digital content creator?

Sid: We don’t identify ourselves as social media content creators. We are creating a food show which at this time happens to be on YouTube. Our mission has always been to create OTT level content and to constantly break stereotypes of food related content. Given that we are creating a proper show and not just vlog or social media content, the production efforts and budgets are as per those standards. We use a proper production team of 10-12 people with multiple equipment which considerably increases our costs. Our constant effort is to maintain the quality and the expectations that have been set over the months. Sustaining these levels for a long time from a funding point of view can be challenging. 9. In all the dishes you have tried so far, if you had to choose just one dish that you can have everyday what would it be and why

Sid: I can’t eat the same food every day. In fact, dinner must be different than lunch. If I must, then on certain days the aged fillet mignon at Goa’s Ark is an all-time favourite. The mackerel tickle, Lohnse from Spice Goa and the Tea Leaf salad at Bomras would make it to the list too.

Shanky: If my mind ever got me to agree to one dish every day, I don’t think this show would have existed! In fact, we are the perfect example of ‘We live to eat’ and not eat to live.

10.  Who are your inspirations?

Sid: When Anthony Bourdain’s show was first launched, I felt like he was speaking for me personally, especially because I used to be a chef. My view and take on travel and food are very similar to the way Bourdain reflected it throughout his series. So, I think the biggest inspiration for this show is definitely him.

Additionally, I relate travel books and shows by the greats like Paul Theroux, William Dalrymple, Pico Iyer, and Keith Floyd, who brought irreverent humour to his shows. Rick Stein and Phil Rosenthal who are also great inspirations along with Munchies on Vice. For our production style there are some takeaways from brilliant producers like David Gelb who made Chef’s Table and Jiro dreams of Sushi.

Shanky: I think for me the one person hands down who is an inspiration is Anthony Bourdain. Besides him there is Meghan McCormick who is another travel host who I’ve been an ardent fan of and Ian Wright. I think these 3 people have been my inspiration for anything related to food and travel.

11.  Some tips for creators who are starting out

Sid & Shanky : The most important and first step is just getting over the initial fear of starting and going out there. We were initially uncomfortable in front of the camera but it got easier. You must have a clear vision and goal. We were very clear that we wanted to remain true to ourselves and not follow the herd of what’s trending.  Trust your own gut instincts. I think these are the simplest tips for aspiring creators. 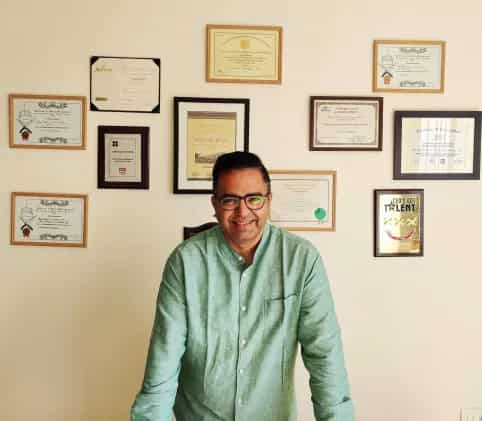 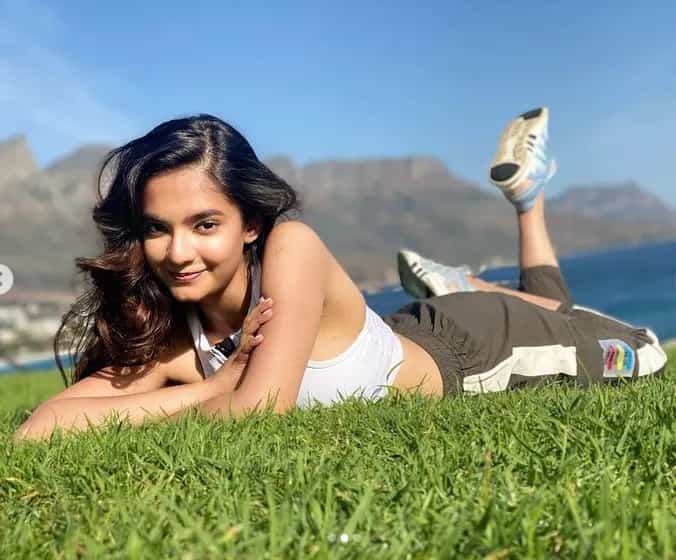 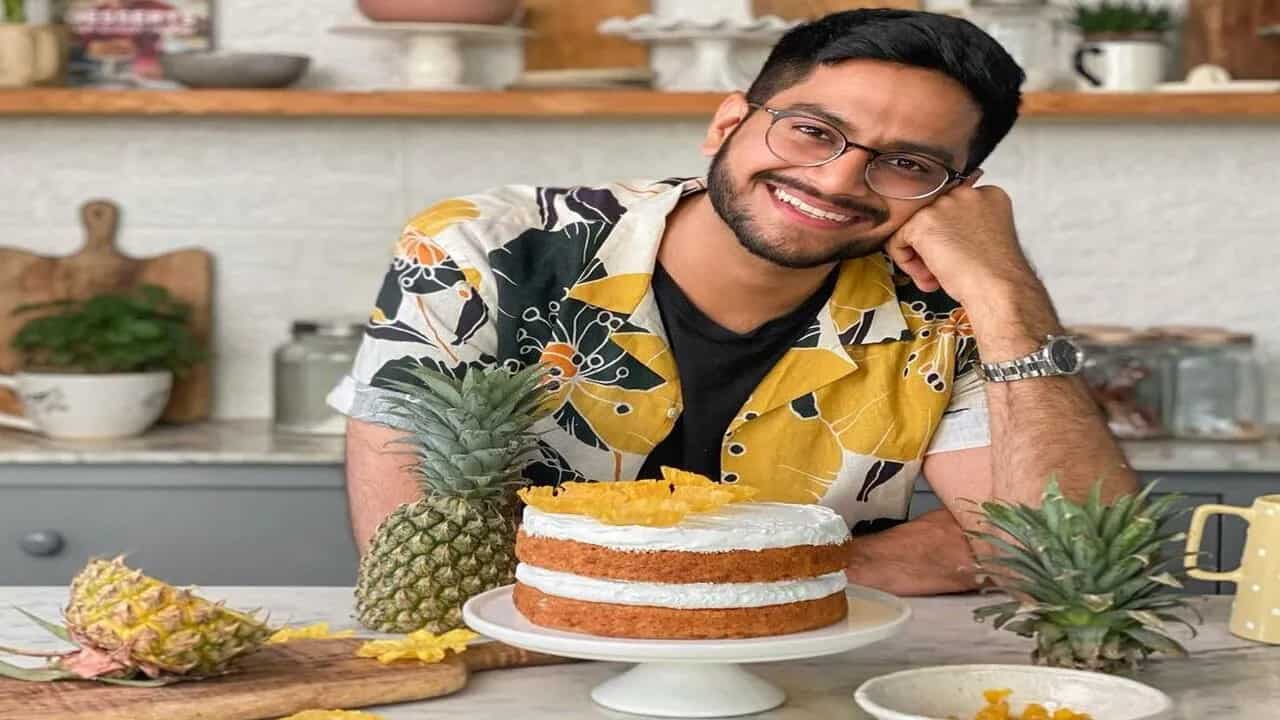 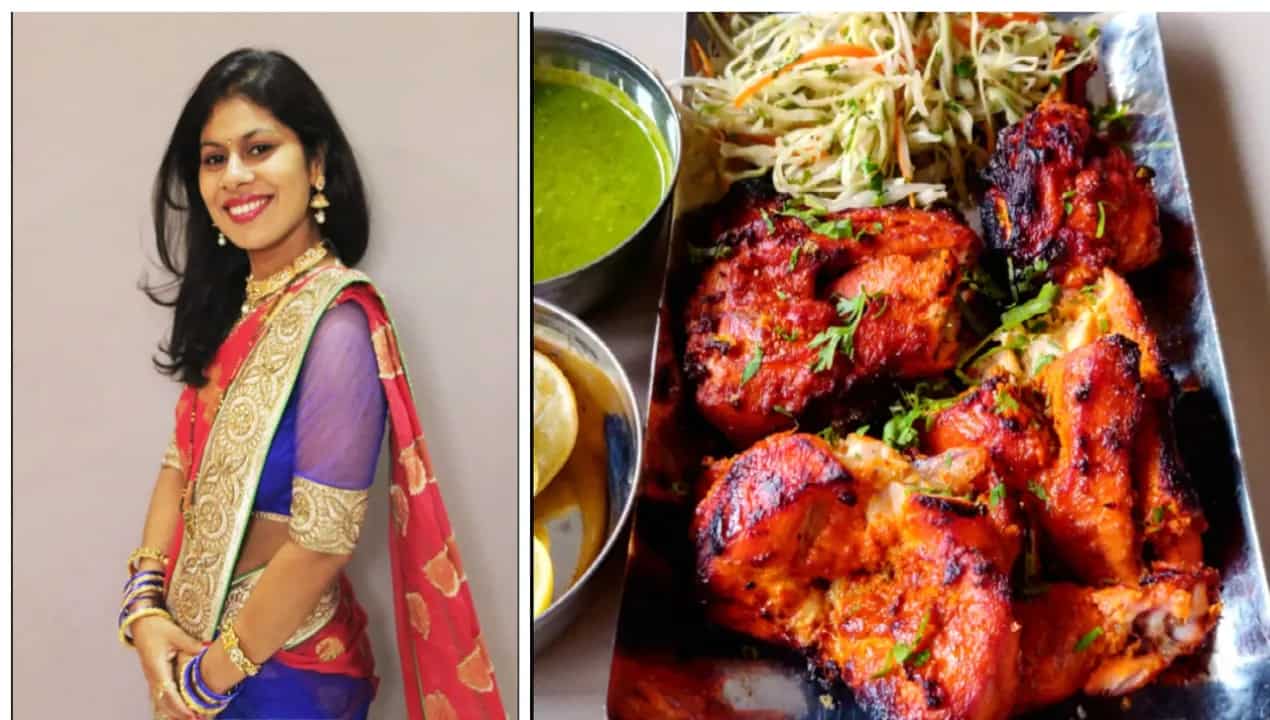