As many diseases were water-borne, the Parsi community felt that they could introduce this fizzy drink to the masses. This was 30 to 50 years before Coca Cola came into the picture. The Parsi community has so many beautiful stories. The world often doesn’t get to see the place that food and drink hold in the lives of the Parsis. Success, passion, idiosyncrasies, there is little that their big hearts lack. As you know there is a world within a world in the Parsi community. The best way to really appreciate their contributions is to explore how the community has played a commanding role in shaping new ideas. Let’s talk about the sodabottlewallahs, who were instrumental in establishing the soda trade in India. It is quite literally written in their surname, as they were evidently responsible for it.

It was and still claimed that soda water contains carbonic acid which can kill bacteria and viruses. Schweppes sold carbonated water and marketed it as a health drink in Europe. When soda was introduced to the Indian masses through Henry Rogers in the 1800s, a chemist in Mumbai, this aerated beverage became an alternative to contaminated water which was killing people. As many diseases were water-borne, the Parsi community felt that they could introduce this fizzy drink to the masses. This was 30 to 50 years before Coca Cola came into the picture.

Also, note that special round bottles were round in shape so that the customers could drink the sodas in one gulp and quickly return the bottles for reuse. Quite efficient, don’t you think?

Parsi soda empires, such as Pallonji’s for example, was established in 1865. The bright red raspberry soda has become an iconic choice of drink in the Parsi community. It is served to date in stalls, Parsi shops and high-end restaurants in India, and beyond. In the famous restaurant, ‘Dishoom’ in London, which pays homage to Irani cafes and the food of Bombay — the raspberry soda makes an appearance on the drinks menu. 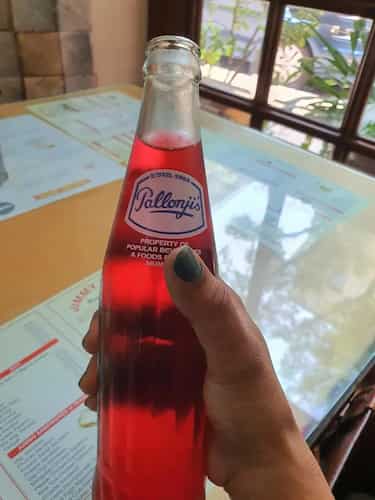 No wonder that the famous Parsi restaurant SodaBottleOpenerWala is named after them. Not just a full bar, Sodabottleopenerwala is an all-day cafe that is striving to keep the legacy intact by way of serving the signature dishes that are an eclectic mix influenced by Bombay and Parsi culture.

Have you tried raspberry soda?