On The Hook: Know How Navratan Korma Came Into Existence

On a scale of 100-100, how much will you rate a delicious bowl of Navratan Korma? Scroll down to know how this delicious vegetarian dish came into existence.

If you are a fan of rich, creamy and delicious vegetarian curries with a hint of sweetness, then Navratan Korma is your go-to dish. Cooked in rich cashew gravy with various vegetables, this dish is a sweet and savoury delicacy served widely in Indian restaurants. The sauce is usually made with onion, garlic, ginger and cashew seeds. Some people also prefer poppy seeds and melon seeds to add to the creaminess and pack in flavours. The dish has nine prime ingredients, which are a mix of vegetables, nuts and fruits. However, the factor that sets this curry apart from every other regular Indian curry is the cooking technique which has its roots in the Mughlai cuisine. Thus, the entire dish is a gift of the Mughals to India.

The diversity in Indian cuisine is due to the various colonizers and invaders shaping the country's culture. One such group of invaders were the Mughals, who have played an instrumental role in shaping the culinary culture of India. Being exceptional food connoisseurs, the Mughals were always looking for something idiosyncratic. The mighty Mughal warriors wanted meat and gosht in each meal, and India's significant vegetarian population didn’t serve their needs. The vegetarian diet of India was made with humble and minimal ingredients, which couldn’t satisfy the royal palates of the rulers. Soon the warriors were sent to the mountains of Afghanistan and Persia to bring rich nuts and raisins to revive the royal Mughlai cuisine in India. One of the Mughal rulers who brought a paradigm shift in the culinary culture of India was Akbar. One of the very few Mughal rulers tolerant towards the Hindus and other religions, Akbar made a deciding body of nine courtiers and called them the “nine gems” or “Navratan”. The Mughal king ordered his khaansamas to make a vegetarian dish filled with royal Mughlai flavours, which he could serve to the vegetarian Hindu kings and name it after the nine courtiers. The khaansamas replaced the meat with rich nuts, vegetables and fruits and cooked it in the dum pukht style.

This dish goes well with roti, naan, sheermal, paratha and pulao. You can replace the fruits if you want a savoury dish and add more ingredients as per your preference. 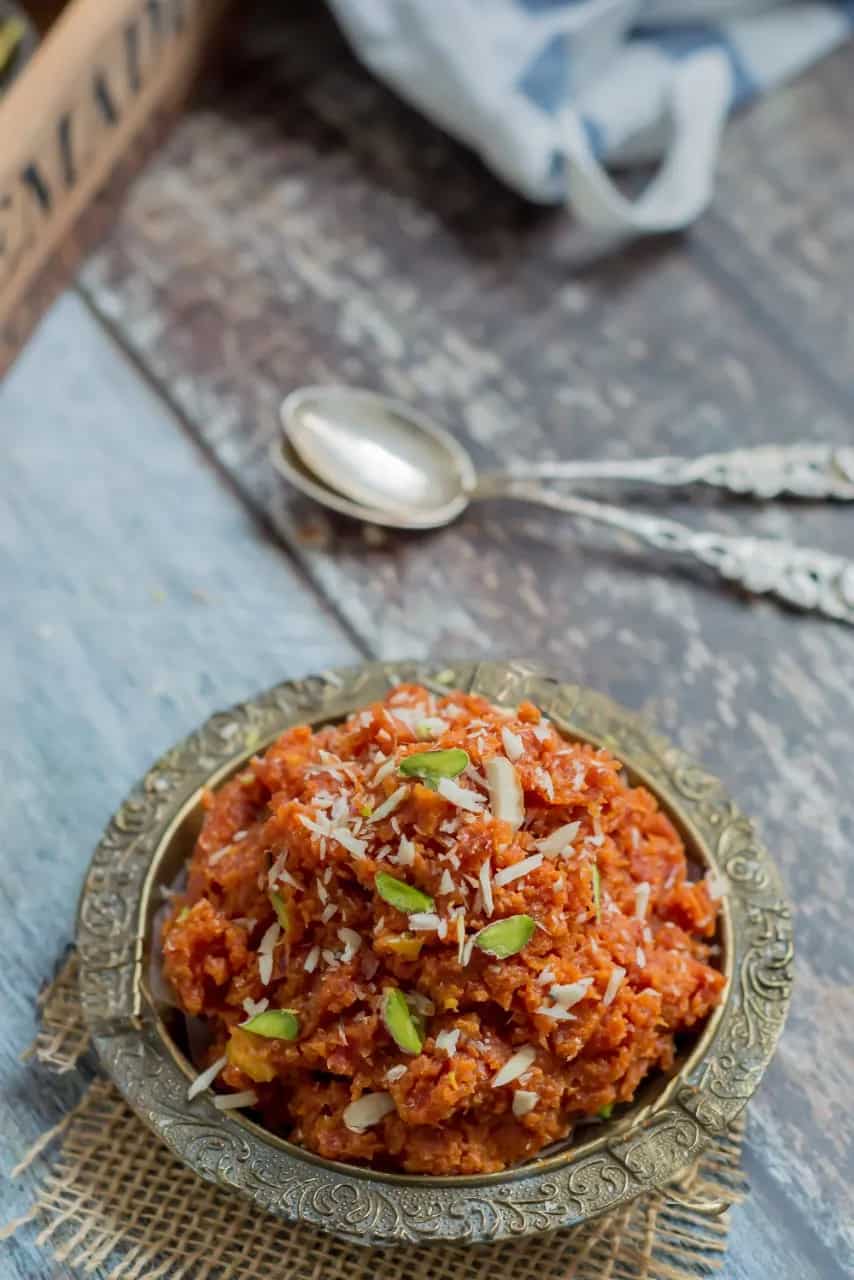