Makgeolli: A Korean ‘Farmer’s Drink’ That You Need To Know About

Makgeolli is a traditional fermented alcoholic beverage hailing from Korea. Wine is always viewed as a sign of luxury. The sparkling wine in a goblet with fancy entrée to savour, we always imagined a luxurious evening to be like this only. However, in this article we will talk about an alcoholic drink that is renowned for its rusticness. The Korean alcoholic beverage Makgeolli will make you sit up and take notice for its distinctness. Korean Cuisine has already impressed us with its rich culinary style. Their wide range of beverages also have hidden stories behind them, that speaks volumes about the changes that the cuisine has gone through over years. 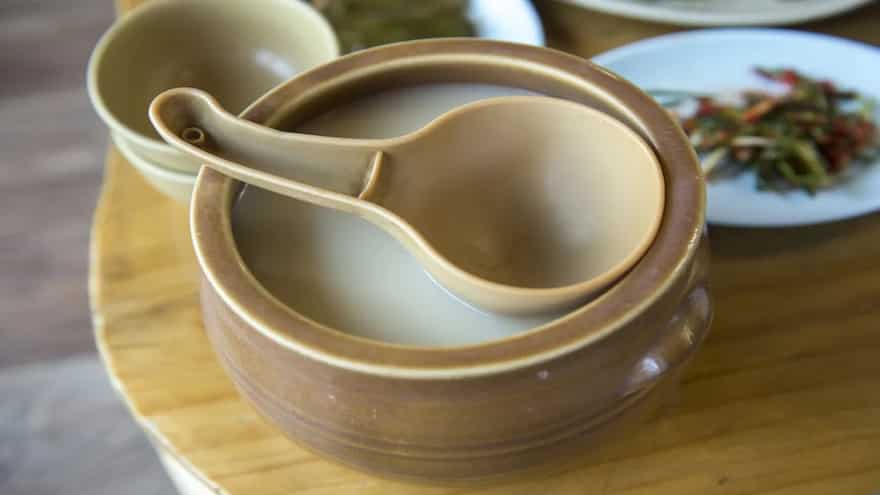 Makgeolli is a traditional fermented alcoholic beverage hailing from Korea. It is a slight viscous, milky off-white drink having tangy and astringent taste. Unlike the traditional ingredients involved in the wine, this drink is purely made with rice as the pure ingredient. Sometimes other natural sweeteners are also added to the alcohol to make it less acetic and bitter in taste such as chestnuts, herbs, and flowers. This centuries-old unfiltered grain alcohol is brewed to about 6 or 8 percent alcohol by volume which makes makgeolli a ‘communal beverage’ rather than a hard liquor.

For the history of this drink, we have to travel back to 1st century BCE to the 7th century CE. Makgeolli is considered as the oldest alcoholic beverage of Korea. The drink came into existence because of the Korean class culture that existed back in the days. The Yangban class (ruling class) used to enjoy Sul, which was an alcoholic beverage made with rice. The sediments of the rice that were filtered out to make the drink were left to be thrown away, but the Sangmin class (servants and farmers) used to take them and add water to it. After which they used to strain the solid parts and treat themselves with this alcoholic drink. This is how makgeolli came into light. Makgeolli is often considered as the ‘farmer’s drink’ because of this reason. The reason commoners used to enjoy this alcoholic beverage is because of the high nutritional content and carbonation, which provided them sufficient energy to go through the day. 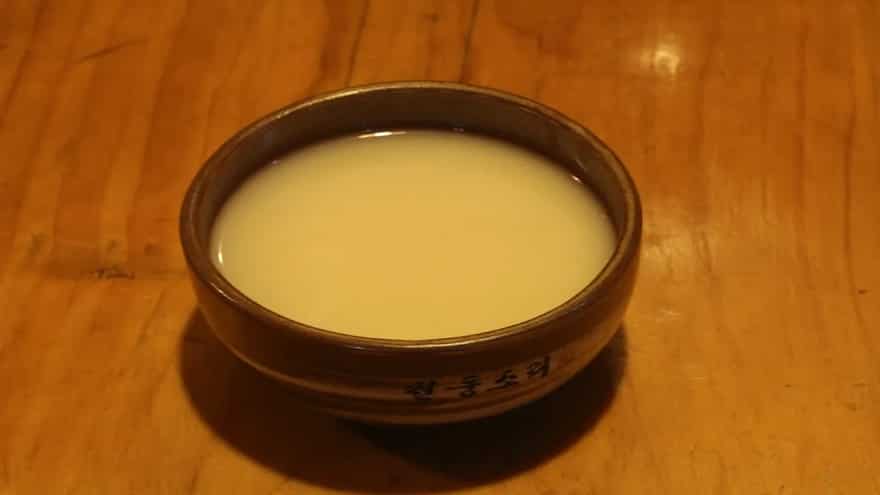 How To Enjoy Makgeolli?

Makgeolli has a peculiar taste which ranges from sweet, sour, tangy, creamy, fruity and even floral. This uniqueness of the drink makes it enticing to savour as it is actually overflowing with flavours. Lower alcoholic content of this drink makes it possible to enjoy them on a slightly more regular basis. All you need is your favourite stir fried chicken or pork bulgogi to go with it. Usually, makgeolli is served in rounded cups so that it can be stirred properly before chugging.

You should definitely try this traditional alcoholic beverage ‘Makgeolli’ to make your experience of Korean cuisine more authentic and blissful.

Beyond Kimchi: A Quick Peak Into The Korean Cuisine

These Popular Dishes From Korea Are a Must-Try

Kidney Beans: Is it simply a comfort food with no nutrition?

Delivered with love from Korea

Korean Soju: The Go-To Booze For Every Celebration