Janmashtami Celebration In South India: How To Make Uppu And Vella Seedai

It seems like the whole country is drenched in festive fervour and who are we to complain? With a string of festivals like Janmashtami, Ganesh Chaturthi and Navratri lined up one after the other, we'd have to build an appetite for a range of festive delicacies, and again, we are not complaining. Krishna Janmashtami or Janmashtami falls on 30th August this year. The festival marks the birth anniversary of Lord Krishna, the eighth incarnation of Lord Vishnu. The legend of his birth is so popular that it is often re-enacted in the form of skits, plays and dance dramas in temples, on this special occasion. Krishna was born to princess Devaki and Vasudev in a prison, in a bid to save his life, Vasudev carried little Krishna to the nearby town of Vrindavan on a stormy night. It was in Vrindavan, where Krishna spent his childhood, and came back to Mathura much later to kill his evil uncle. Krishna was declared the king of Mathura, but later he had to move his capital from Mathura to Dwarika in Gujarat to save his people. Needless to say, the Janmashtami celebrations in Mathura, Vrindavan and Dwarika are carried out at a large scale, but surprisingly enough, the celebrations of South India are also not understated in anyway.

It is said that Lord Krishna travelled to many parts of South, especially in the years leading up to the epic battle of Mahabharata. South India has innumerable temples dedicated to the deity and devotees eagerly wait for the festival of Janmashtami.

In Tamil Nadu, people draw artful kolams on the floor with rice batter. People gather and sing Geetha Govindam and other devotional songs in praise of Krishna. They also draw little footprints with rice batter, to depict the arrival of Lord Krishna in their house. Bhagwada Gita recitations are also very common and so is the practice of dressing up toddlers as Radha and Krishna. In Andhra Pradesh, people stay up till midnight and observe fasts to celebrate the occasion, multiple food offerings are also made to the deity in addition to joyful chanting of Krishna’s name.

South Indian temples dedicated to Krishna like Rajagopalaswamy Temple in Mannargudi in the Tiruvarur district, Pandavadhoothar temple in Kanchipuram, Sri Krishna temple at Udupi, and the Krishna temple at Guruvayur are truly a sight to behold on this special day

Many delicious prasads and offerings are also made to the idol in form of fruits, sweets, betel leaves and butter. Some savoury items are also included in the bhog. One of the most beloved Janmashtami preparations of Tamil Nadu has to be the Seedai. Uppu and Vellai Seedai especially, are made in huge numbers. Uppu Seedai or salt Seedai, is a crispy, savoury snack that is made after deep-frying tiny balls made of rice flour, urad dal, hing, and salt. Vellai Seedai, is a sweet Seedai with flavourful and fragrant additions of jaggery, cardamom powder and coconut. The tinier the seedai, the crunchier it turns out to be, they say. Make sure your flours are very smooth and fresh before you start, otherwise, there is a chance that your Seedai may break while frying. Try to keep the balls soft and not too rigid or tough, this also comes in handy if you want perfect Seedai with no cracks.

Here are the recipes of both. Try it at home and let us know how you liked it in the comments below. 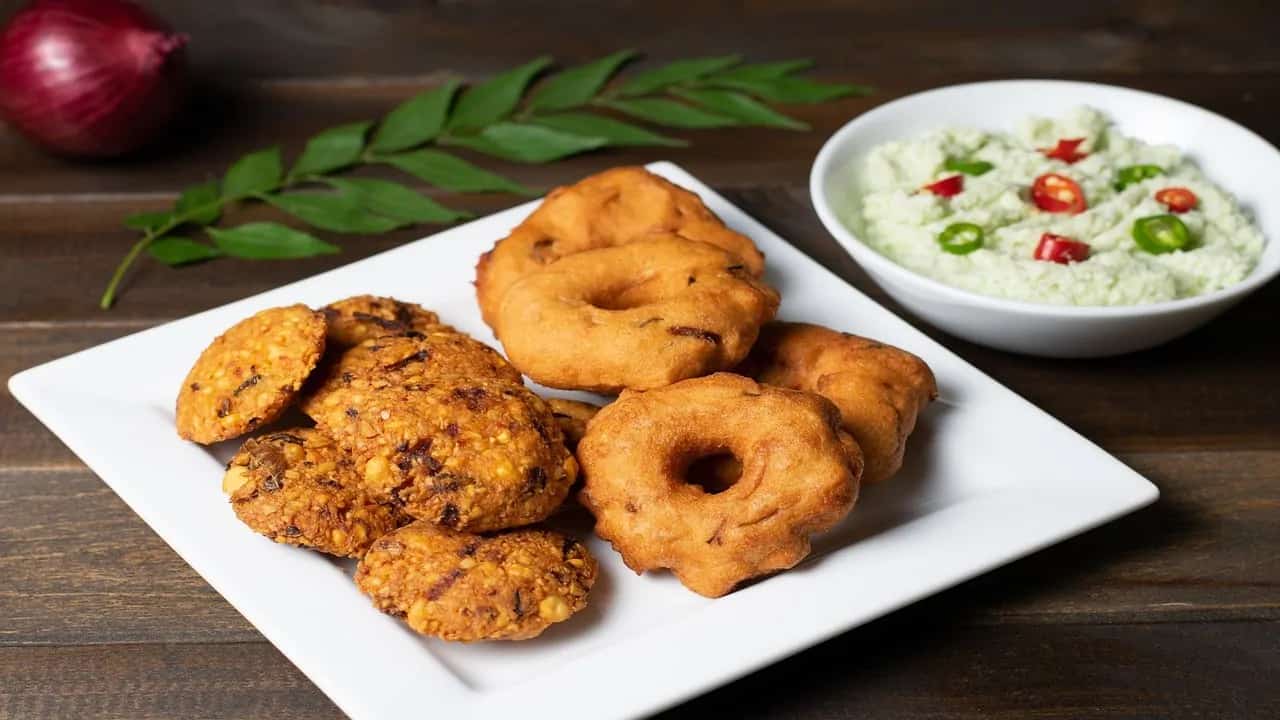 Janmashtami 2021: Here Are 7 Special Snack Recipes To Relish During Your Fast Khoya Peda: This Janmashtami Sweet Is So Easy To Make That You Can Ditch Your Halwai This Year

Janmashtami 2021: Here Are 7 Special Snack Recipes To Relish During Your Fast

Khoya Peda: This Janmashtami Sweet Is So Easy To Make That You Can Ditch Your Halwai This Year