Italian Food Has A Desi Connection With Indian Cuisine, Say What?

Italian cuisine varieties like pizza and pasta are becoming a favourite for Indians in our ever-changing lives today. Whether it is a movie night or a day out with friends, everyone instantly agrees to ordering in or going out for a pizza and a bowl of pasta. This is the Indian way of enjoying Italian food. In fact, there has been an upsurge in the number of Italian cafes and restaurants in the country. Interestingly, this is not limited to fancy fine-dining restaurants anymore. You’ll find a pizza or pasta place at every nook and corner of the country, that’s how accepted and loved Italian food feels here.

While each cuisine has its own specialities and uniqueness in taste and flavours, we cannot deny the fact that there are bound be certain similarities too. At the outset, I was very apprehensive of the idea that Italian food could actually have Indian roots. However, being cooped up in our own little world we often tend to overlook such realities. Chef Ritu Dalmia’s cookbook Italian Khana sheds some light on the same. On one hand, she agrees about the distinct tastes and flavours of Italy that make it different from the Indian fare but on the other hand, she says, “It’s the simplicity of the Italian kitchen, its warmth and heartiness that really connects with our taste buds,” in her book. It is simply not food that connects the two countries together but the concepts about home cooking, ancestral recipes based down from generations and the idea of a delectable meal infused with flavours that derives this close connection.

Historically speaking, India’s affair with spices is no secret to the world. Even today, Indian spices are exported to several European countries. It is believed that these spices were the route to the exchange and cross-pollination of cultures and culinaires. Venice was known for its spice trade and even though, Italian food does not involve a host of spices, we can always find saffron in risottos and nutmeg in salame. 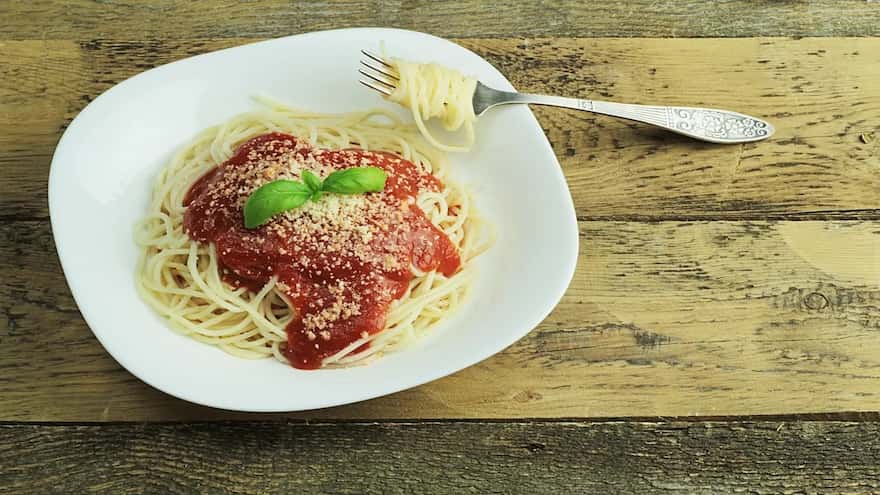 Another striking similarity is the diversity of food present across the two nations. The famous, “Unity in Diversity” slogan applies pretty well to the culinary affairs of the Indian subcontinent. From Kashmir to Kanyakumari, the cuisine varies at every 100 km. just like the dialects. Local street foods and beverages of each tiny town or district forms the elaborate spread that we usually refer to as ‘Indian cuisine’.

Chilies, seasonings and methods of cooking is what brings out the real connection between the two cuisines. Dalmia explores some such dishes in her book and finds a vast use of chickpeas and its flour i.e. besan. For instance, the farinata di ceci has textures similar to that of our besan cheela. Or our badam barfi finds its Italian counterpart in Sicily’s marzipan.

Did you know that there is something that could qualify as an Italian vada pav too? This finds reference in Al Dente, written by William Black where a local snack called foccacina served to him in Livorno reminded him of Mumbai’s famous street food. Talking about vegetables, Dalmia also writes about the extensive use of eggplant or brinjal in Italian cuisine, so much so that she once ended up trying a dish that bore quite a heavy resemblance to our humble baigan ka bharta.

The basic outlook towards food and a staple diet also rings a bell in the Indian ears. Take, for example, pasta and risotto which are basically rice and wheat, are staple carbs of Italian cuisine. Indians also cannot thrive without their rice and roti which feature in most of their meals.

In this ever-evolving world, we often tend to ignore the fact that we are all so different yet similar in so many ways.

Italian Eggplant Parmesan: The Ideal Comfort Food Of All Time