Is It True That The Mythological Tale Of Mahabharata Entails The Origins Of Dal?

Dal translates into lentils or pulses, which are widely consumed across the Indian sub-continent in a variety of forms. 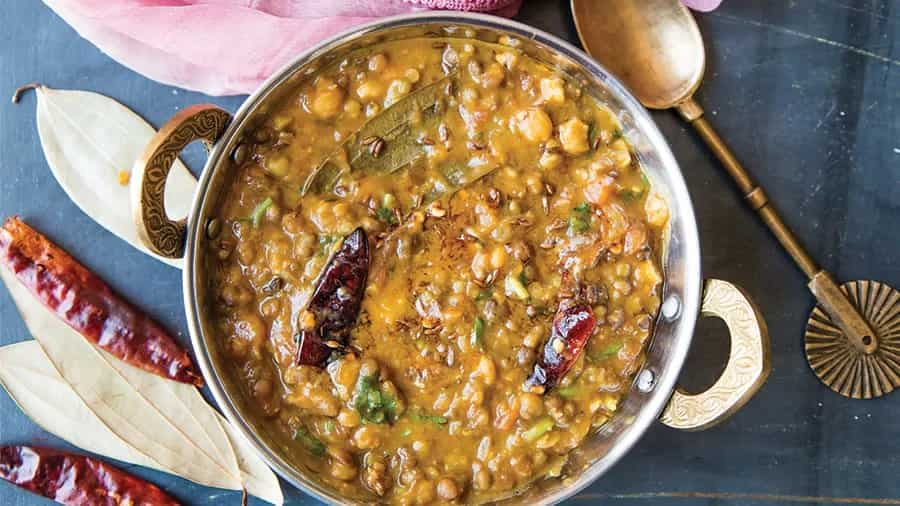 The combination of dal chawal is a comfort food for many. Irrespective of the diverse ways in which it is cooked, a plate of dal chawal can be very satisfying for the taste buds after a long day. The good part is that you can never get bored of dal. India is replete with a variety of them, right from the basic moong dal to chana and urad dal. In fact, we even have various combinations of dals that give us a new type of dal altogether. For instance, moong masoor dal.

You would be amazed to know that while rice and roti emerged later, it is dal that has been with us since ages. Historical evidence suggests that lentils were consumed by the people, way back during the Indus Valley Civilization and was in fact, a staple part of their everyday meals. From the Rajput to the Mughal dynasty, the humble dal has seen it all.

It is believed that during the reign of Chandragupta Maurya, he asked his cooks to prepare a special dal for his wedding with the Greek princess Helen of Troy. This variation of chana dal that was born in 303 B.C. is till date popular in many parts of India and is referred to as Ghugni.

While the chana dal was a favourite in eastern parts of India, it attained a royal stature once the Mughals welcomed it as part of their royal feast. A huge part of the credit goes to Jodha Bai, who married the Mughal emperor, Akbar and introduced a panchmel dal that would stay for generations. The emperors like Shah Jahan and Aurangzeb grew very fond of this dal. The specialty was that it was a combination of five dals, namely urad, chana, masoor, tur and moong dal. These were cooked together in a pot and added a variation to the everyday meals for the kings.

The Panchmel dal is often placed in the Mewar Gharana, where it is believed to have originated. They used curd and buttermilk in the preparation of this delectable dal combination. However, the conception of this dal finds traces in Mahabharata. An Indian mythological tale, based on the fight for the throne between the Kauravas and Pandavas, Mahabharata has the earliest mentions of this dal. Legend has it that Bhim devised this concoction when he was in hiding, as a cook, in King Virat’s court. Boiling five dals together in an earthen pot and tempering them with spices is what resulted in what he liked to call the panchratna dal or the five gems. Kunti and Draupadi too cooked this dal for its rich nutrient profile so that the Pandavas would get all the required nutrition during their period of exile.

The original recipe by Bhim is believed to have been made with dollops of ghee, lending the dal a creamy texture. It may come as a surprise to you but the recipe for this dal does not involve the use of tomatoes. It is just the spices which give it a smokey flavour and the ghee that contributes to the creaminess.

Now if you’re tempted to try this delectable dal that featured in hundreds of royal feasts, here’s a recipe for you to try.

3 Mouth-Watering Moong Dal Dishes You Can Make At Home