After viral tweets, it’s time for Reddit to be back in action. A 19.2k comments long Reddit thread goes viral where people are discussing the prices and availability of their local food in foreign countries.

Reddit is a social aggregation and content generation platform where users from around the world can host discussions, vote and comment on each other’s posts. There are several communities of like-minded people to have productive conversations and share ideas. Recently, a Reddit thread went on to garner over 20,000 comments and 93 percent upvotes. Let’s see what the uproar is all about.

The thread began with a question posed by a user saying, “What common foods in your country are considered delicacies by foreigners?”. The first comment said, “(good) olive oil” and then there was no stopping. People from across the globe, belonging to countries like Finland, Iceland, Spain and Russia spilled out all their emotions one after another.

It was quite interesting to read how people from say, Finland is used to their exotic range of mushroom production that they can easily pick from the forest due to the “every man’s right”, as mentioned by a user. However, foreigners view this nutritious variety as a delicacy. Another one suggested the same for berries there. 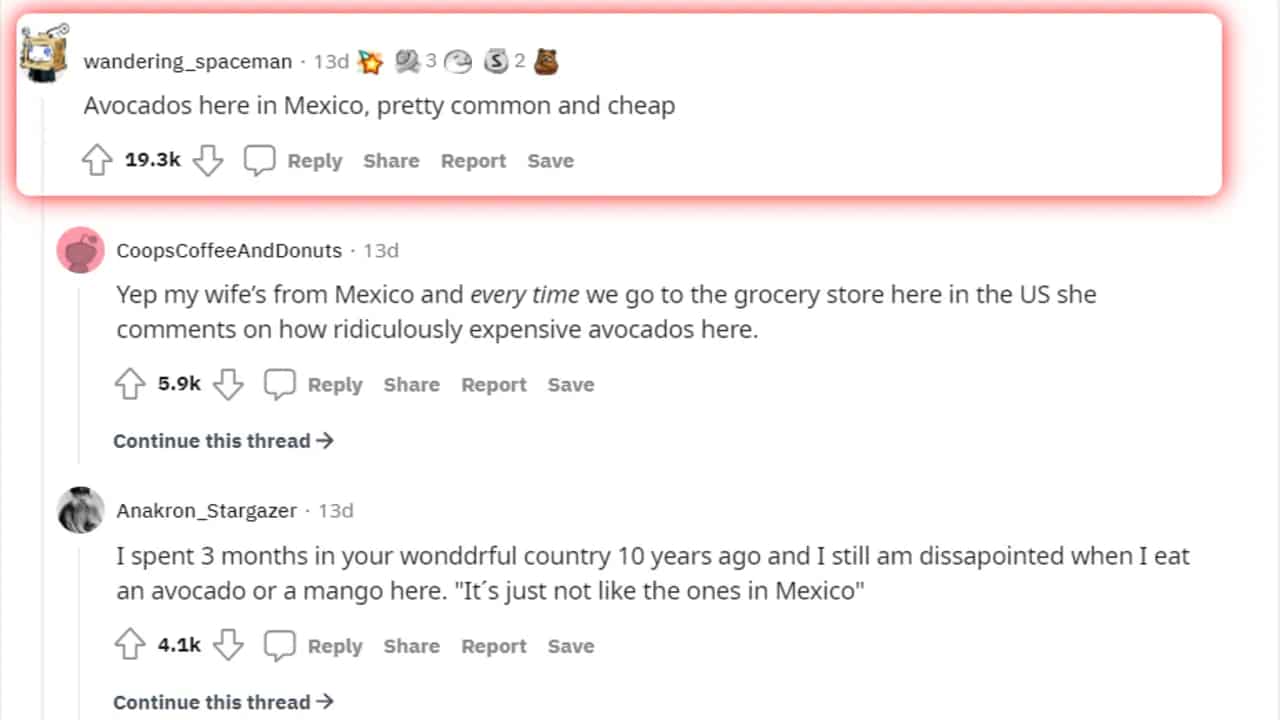 Avocados also featured among the top foods in the thread of comments. While they are replete with benefits and a great alternative, especially for vegans, they are often viewed as a fruit of the elite or a luxuxry. However, Mexicans tend to disagree as they are a available in their country for a low price. “Avocados here in Mexico, pretty common and cheap”, exclaimed @wandering_spaceman.

Indians were not far behind as one mentioned vada pav. This attracted a series of replies where people poured our their hearts over exorbitantly high prices for Indian food in foreign countries. One said, “I love Dosa, would get it for ₹5. From take aways in London it’s £8! What a joke”. And then the never-ending list of street foods like chole bhature, misal pav and dabeli followed.