How A Pinch Of Salt Can Make All The Difference? 5 Types Of Salt And How To Use Them

Often, we’ve been told to take criticism with “a pinch of salt”.However, ever thought why is it always a pinch? Let’s unravel the mystery today. Whether a particular dish has any other spice or not, the one thing that you just cannot skip is the salt. Tiny white crystals, when sprinkled onto a plate can make it go from blah to yeah (millenials, you get it right!). This natural mineral is of such great importance that a chef has created a jingle which goes like, “Namak shamak Namak shamak daal dete hain”, singing it everytime he adds salt to his dish.

Did you know that salt has multiple kinds too? If you’re intrigued as much as we are, keep reading. 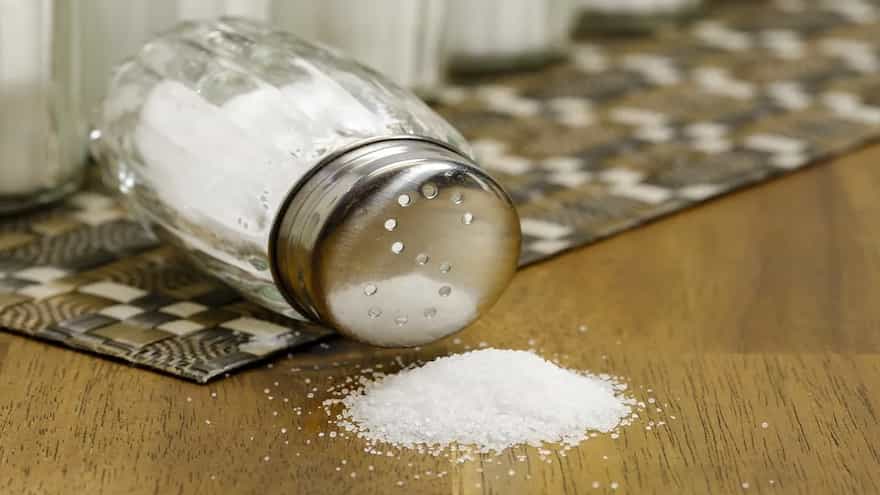 This refers to the most common understanding of the word salt. The one that is stacked up in your spice tray in the kitchen, the one that’s placed beside the pepper in identical looking containers on the restaurant table, that’s the one. This is the iodised salt that is good for brain development and easy to dissolve in food. Composed of a high mineral content, this rock salt gets its name from the pale pink colour that appears when it is obtained. Increasingly, people are shifting to this salt because of its health benefits.

A relatively new kind to have caught the limelight (or salt light) is Kosher salt. Specific to the Jewish culture for the longest time, this salt has now started gaining importance and is being used in regular food. The low-iodine content makes it an ideal choice for heart and blood-pressure patients. This “flower of salt” is commonly found in Italian and French regions is often added at the end of the dish to give it a finishing touch rather than season it. With low sodium content, this salt is sticky and grainy in texture. Similar to the Himalayan pink salt, this black salt also hails from the Himalayas. The dark purple and pink hues make it appear black sometimes. This is what we generally call kala namak in Hindi and frequently sprinkle over fruits to give them a tangy taste.

Now it seems like a pinch can actually do wonders.

4 Side Effects Of Excess Salt In Your Diet