Although all cakes are special, there comes a moment when you finally begin to notice everything down to every tiny detail. Well, actually, that’s a question that most people ask when they visit a bakery and find themselves looking at a slice of this marvel called the New York cheesecake. On my last visit to a famous bakery in Gurugram — thanks to all the eating I have been doing in the past couple of months — I was more tempted by the cakes which had that glossy shine. I didn’t go for the usual banoffee pie or the apple strudel which often call out to me when I’m in the mood to binge on desserts. These desserts which enticed me this time didn’t have a lot of extra fancy garnishes. Rather, they had a velvety feel to it. I could have grabbed one of these slices, but they seemed like the kind of desserts you needed when you had a major hankering, not just a tiny inkling for something sweet. All in all, I was very impressed with myself that I had finally moved on from my traditional choices. That one cake that really caught my eye was the New York cheesecake. So the question is: why is ‘New York’ cheesecake special? That tag ‘New York’ lends its own it factor to it too. And we want to know whether it’s just a random tag, or if there’s something really special about it.

Although all cakes are special, there comes a moment when you finally begin to notice everything down to every tiny detail. I love cheesecakes, and they inevitably make me curious too. So if I had to say why the New York cheesecake is extra special, my opinion is that it’s got that kick factor to it. When you look at it, you get a kick. It has a flat top with very few embellishments. Above all, the smooth consistency makes it look so fresh.

Arnold Reuben gets the credit for inventing the New York cheesecake at Turf Restaurant at 49th and Broadway in New York City in the 1900s, when he experimented with cheese pie to create cheesecake. A lot of people say that cheesecake is not cheesecake until it’s cheesecake eaten in New York. Heard of the Cheesecake Factory? Yes, it's a huge phenomenon in America. 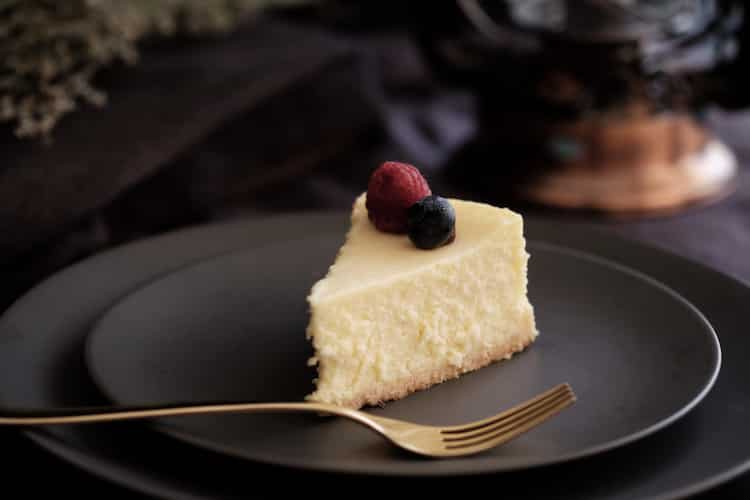 So that’s the crux really. That tag is not random. New York cheesecake is also known to be creamier than any other cheesecake. By stepping up a notch with more cream cheese and a few extra egg yolks, chefs put the classic larger-than-life spin to it which Americans love. This pumps up the popularity of the cheesecake.

One bite of New York cheesecake from a good bakery, and you’ll soon know that it is one of the creamiest and the most delicious desserts you can eat. And obviously, you'll definitely want seconds!

I Wanted To Love Blue Cheese But Just Couldn't; Tried Yet?

Quick Recipe: How To Make Cheesy Pizza Paratha At Home?