No matter what, you cannot complete a wholesome Odia meal without Dalma on the side. But do you know how this humble dish came into existence? Here’s what Odia people say. Dalma to Odisha is what Dhokla is to Gujarat: inextricable and royal. One can always take an Odia from Odisha but an Odia will crave Dalma with rice no matter which part of the world he is in. A delicious medley of lentils and vegetables, Dalma is an essential part of Odia cuisine. Served as one of the 56 bhogs of Shree Jagannath, Dalma has its distinct charm. As an Odia about his favourite experience and he’ll say visiting Puri temple and relishing the delicious Abhada in the temple premises. However, very few Odias know the story behind the origin of this delicacy. Here’s how it came into existence. 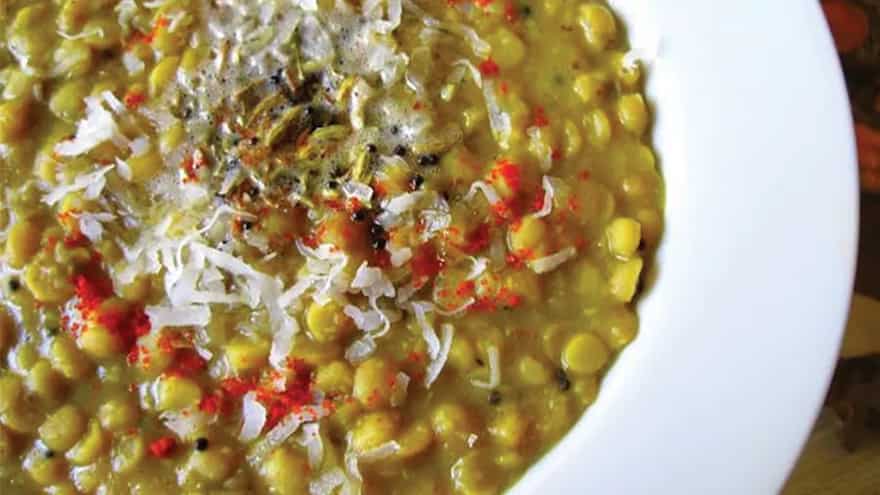 Legend has it that the Savaras were the first to worship the Lord of Puri and Neela Mahadev. Savaras were a non-Aryan tribe of Odisha who is believed to be the descendants of Jara Savar, the hunter who killed Shree Krishna. Jara’s son, Viswavasu used to worship Neela Mahadev in a cave in Odra Desha and used to offer him a delicacy made up of chana dal and vegetables. After being offered to the deity, this prasad was then distributed to the tribals in the evening as Prasad. Indradyumna, the king of Kalinga came to know about this worship of the Lord and wanted to find the deity to establish them in Kalinga. He sent Vidyapati, his servant to find the deity who then married Lalita, Viswavasu’s daughter. Vidyapati asked his father-in-law to show him the deities he worships every day and was granted the wish but was taken to the cave blindfolded. However, the cunning Vidyapati dropped some mustard seeds on his way to the cave to bring the king with him on his next visit. However, when the king visited the cave, the deities had vanished already which forced the king to fast for 21 long days to meet the Lord. When the king built the Puri temple, he decided to serve Dalma as a prasad to remember the roots of the Lord.

Intriguing, isn’t it? Such a humble dish has such an interesting story behind its origin. Are you planning to make the dish at your home already? We’ve got you covered with this easy recipe. Try it out and rate the recipe, please?

From Nalanda To Kalinga: Know How Odia Khaja Travelled All The Way To Become One Of Shree Jagannath's 56 Bhogs