If life gives you lemons, squeeze the juice out of them, add them to Jhal Muri and munch it down. 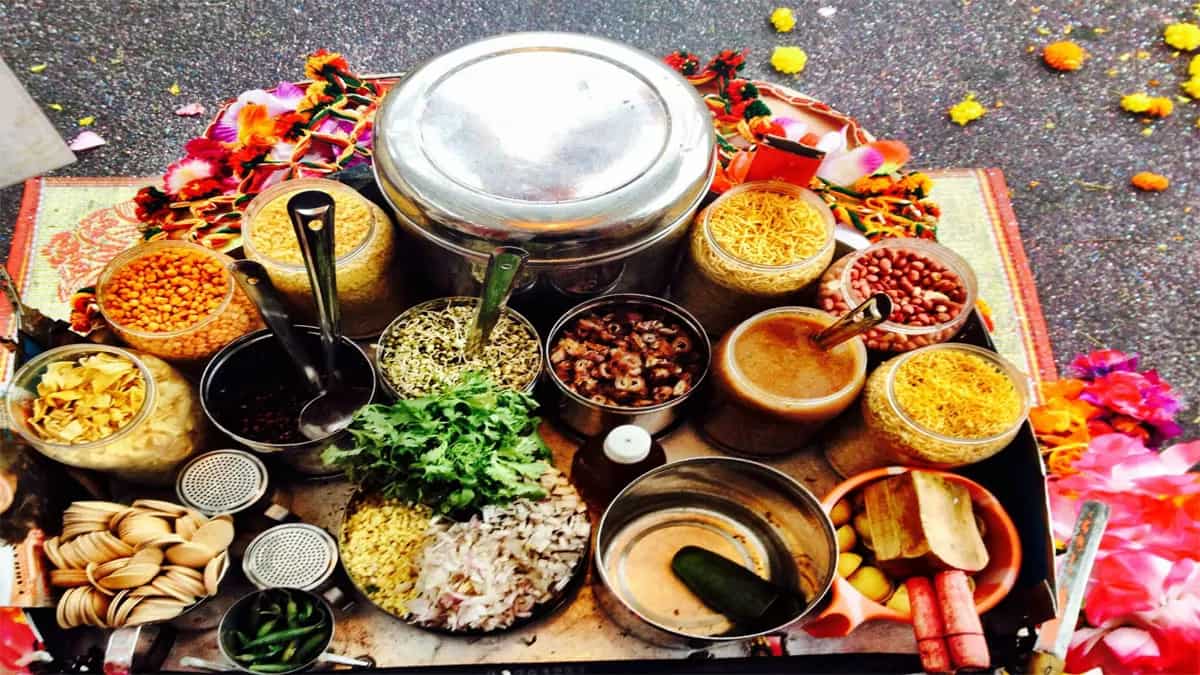 Be it the benches in Howrah, the hustling Park Street or the ever-busy College Street, you’ll find discarded, folded pieces of newspaper everywhere in the city, any time of the day. You ask why? Because Bengalis can’t eat their Jhal Muri in anything but folded newspaper cones. Be it the bustling streets or the grand railway stations, you won't cease to find vendors mixing Muri (puffed rice) in tin cans and adding varieties of spices and veggies to it. No matter what time of the day it is, Bengalis won’t ever say “No” to a delicious cone of Jhal Muri. Jhal Muri is the cherry on the cake of Bengali cuisine. A quintessential snack, Kolkata’s Jhal Muri is distinct and decadent in its own way.

You might say Jhal Muri is just a version of Bhel Puri. We partially agree with you because yes, both these snacks share some ingredients, but Jhal Muri is prepared differently and has some special technicalities and ingredients. Each lane and colony of Kolkata bustles with Jhalmuriwalas and each of them claims their Jhal Muri to be the best in the town. The finesse of Kolkata’s Jhal Muri is basically due to the ingredients, the variety of puffed rice used and the method of preparation. Different vendors use all of these differently. Some of them use the regular puffed rice variety while some use the small ones. Some of them use the puffed rice as it is while some roast them beforehand to retain the crunch.

The sight of preparation of Jhal Muri never gets boring. The speed and finesse with which the vendors chop the veggies and prepare the concoction is a delightful sight to behold. The preparation plays a significant role in the texture and flavour of Jhal Muri. A little slower mix and the Muri will become soggy from the juice of the tomatoes and pickle. And who likes to eat soggy Jhal Muri? Nobody, right?

What sets Kolkata’s Jhal Muri apart from Bhel Puri are the ingredients and the texture. Jhal Muri is drier than Bhel Puri and has potatoes in it. It is believed that potatoes were imported to Kolkata in the Mughal period and were considered a luxury; Jhal Muri was the royal snack.

So, the next time you visit the ‘City of Joy', do not forget to munch on a cone of Jhal Muri. Well, not that finding Jhal Muri is a difficult task with the Jhalmuriwalas calling out “Jhal Muri” in every corner of the city.

Meet the mango mishtis of Kolkata