A thali is a huge round plate that is filled with a variety of foods.

In today’s modern culture, when we order a thali at a restaurant, it generally means we would get a plate that is larger than the regular ones and it would be a one-person meal to satiate the hunger. The excitement around eating a thali lies in the fact that you are up for some surprise. You’d find small portions of a variety of delicacies in tiny bowls, served to you with utmost care and affection.

Traditionally, the concept of self-service did not exist in India. With the coming in of American fast food joints, we have become adept to the idea of standing in queue to place the order and in another one to receive it. Thalis were an evolution of that time of history when serving others was considered to be a “punya ka kaam” (a good deed which will yield blessings). Eating and refilling was the common course of tradition that was followed, not only in restaurants but also in households. 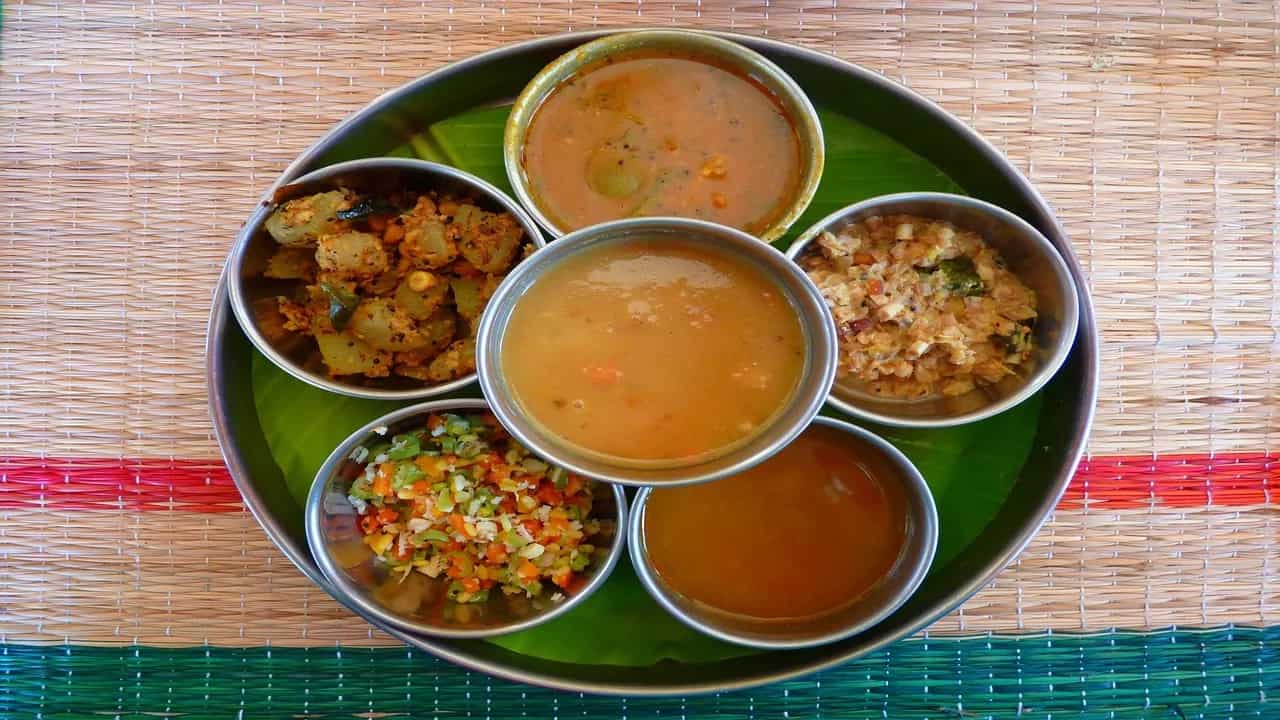 Every culture has their own set of rituals and practices. While some are religious, others fall into the social category. Thali was much more than just a utensil to serve food. It was about etiquettes and mannerisms. In the same way that we have a code of conduct for behaviour in social settings, thali embodied a cultural practice for the way we eat. The Vedas have always suggested eating certain foods and in a specific manner which can be seen in the Thali tradition. Right from sitting on the floor with a mat to using hands while consuming food instead of any fancy cutlery, everything had a rhyme and reason attached to it. Science believed that the former aids better digestion while the latter enhances the taste of the overall meal.

A Mélange Of Culinary Diversity 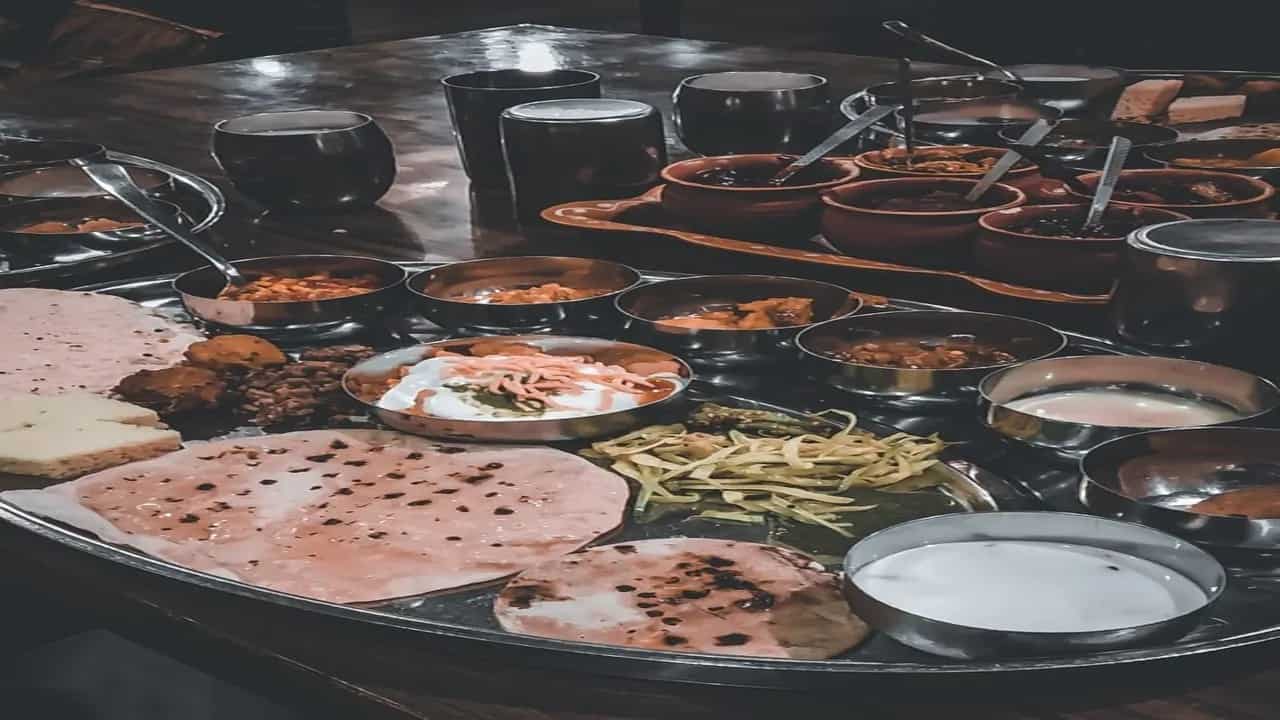 By now, it has been established that there is no one dish that is served on a thali, but a host of them. Well, you would be surprised to know that this started back in the times of war, although the exact date is unknown. Legend has it that soldiers would need a lot of protein and carbs to keep up their energy levels during times of war so, they would consume small portions of a variety of vegetables, legumes, meat and grains to get the apt nutrition. It is also believed that once peace was restored, they resorted to lighter meals. Another great purpose that thalis served was to avoid any over-eating or wastage of food with the scope to get it refilled too.

Smaller The Donnas, Richer The Taste

It comes as no surprise to us that a country as diverse as India has not one but a plethora of thalis. In fact, each region has its own kind. While North India comprises of Punjabi, Rajasthani, Gujarati, Maharashtrian, Kashmiri thalis, the southern belt offers a similar fare too. The arrangement of the food items on the thali to the way it is placed holds a strong significance in the region of origin. Banana leaves, which are commonly seen in the southern parts of the country are considered to be anti-bacterial as well as a taste enhancer. Pickles are something that you’ll find across all thalis with their regional variations.

No thali is complete without a palate cleanser. Drinking water during meals is not a great idea, according to the ancient texts. Therefore, to help get the right taste several foods feature in thalis like kacchumber in Uttar Pradesh. If you try the Odia thali, ripe papaya is the ultimate cleanser in the state. What makes these thalis distinct from our regular food is that they generally incorporate dishes made of seasonal fruits and vegetables, which are easily available locally.

In retrospect, who knew that the effervescence of the culinary scene in India would be truly captured by a larger than life utensil- thali.