From East To Everywhere: This Is How Sushi Made It

Whether you like it raw, or nigiri or sashimi, sushi is everywhere. Eating raw fish isn’t frowned upon anymore and in fact highly priced and fed to people in a luxury restaurant. But when did sushi become so mainstream?

Whether you like to enjoy sushi with a glass of sake or a cocktail or smooth Japanese whisky, there’s no wrong way to enjoy it. Sushi offers a unique and flavorful eating experience that’s unlike anything else.

The origins of sushi are actually traced back to China and not Japan where the dish was called “narezushi”. The Chinese dish was actually set out to be very practical, and since there were no refrigerators back then, the rice was fermented to preserve it, and the fish was also salted heavily to prevent the growth of bacteria and microorganisms.

Over the years, sushi became a household favourite and was enjoyed for all three meals of the day. By the eighteenth century three places served sushi and after a dozen years or so there were thousands of them spread across Japan. 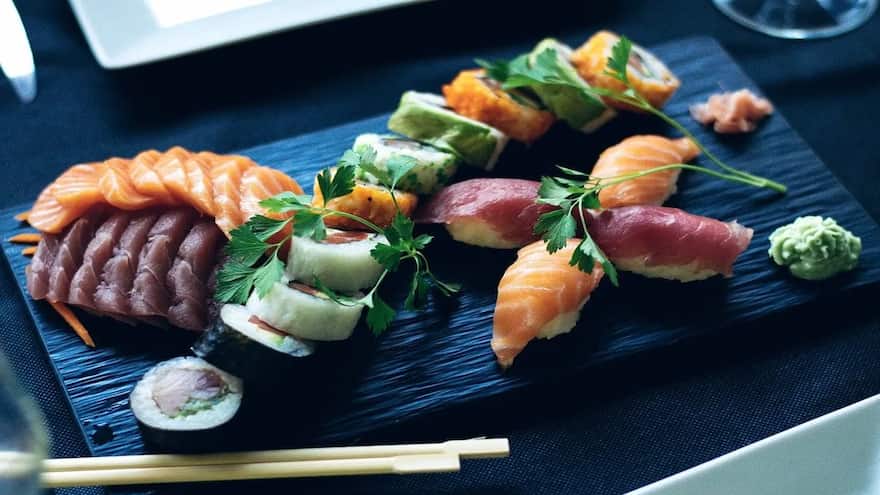 Sushi first came into western culture in the early 20th century, when the Japanese migrated after the Meiji Restoration. But it was not until the Second World War that it was eaten by Americans. The thought of eating raw fish always felt squeamish to people, so to inculcate sushi into their diet, restaurants came up with the California roll which had cooked crab meat. And once the customers were comfortable with those flavours, they could be more willing to experiment with other types of sushi.

Today sushi is the most widely eaten food across the world. And in the last decade, it’s also found a home in India. Sushi chefs have been experimenting with new flavours and meats. We have sushi with cooked as well as raw meat and then there’s dessert sushi and sushi bowls. There’s something for everyone to enjoy.