No shopping spree in India is complete without relishing a plate of Golgappas in a street thela. However, Golgappas have found their place in the menus of premium fine dining restaurants too. Isn’t this evolution indeed exhilarating? Scroll down to know how your favourite street food has evolved through the ages. A plate of humble Golgappas with a spicy potato filling and tangy tamarind and mint water can turn anyone’s day around. If someone is having a bad day, he/she goes straight into a Golgappa stall to experience a flavour riot in the palette. But very few of us know that the origin of Golgappas can be traced back to a completely different age altogether. Yes, you heard it right. Legend has it that the origin of our favourite humble fried balls of semolina or wheat can be traced back to Mahabharata. No doubt, the dish brought comfort to the Pandavas too. However, Golgappas have undergone a complete makeover through the ages but haven’t lost their charm. 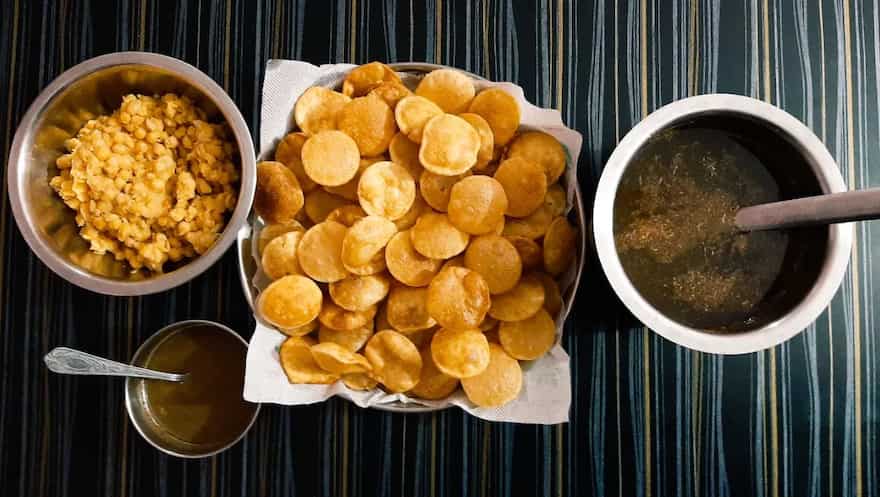 One legend has it that golgappas first originated in the Magadha territory which is now West Central Bihar. It is believed that golgappas first originated as Phulkis in the Magadha region along with several other traditional specialties like chitba, chewda and tilba. Another legend has it that golgappas were first invented by Draupadi when Kunti challenged her to cook something delicious for her sons with just dough to make one puri and some leftover potatoes. She decided to test whether the Princess of Mithila would be able to manage with scarce resources to satisfy the hunger of five of her sons. When Draupadi made Golgappas and the Pandavas left smacking their lips, Kunti blessed the dish with immortality.

Just like India’s diverse culture, golgappas are called by varied names in all parts of the country. From Gupchup in Eastern India to Paani Patashi in Haryana, Pani Puri in Central India and Fulki in Madhya Pradesh, Golgappas enjoys numerous nicknames. Unlike the ancient Golgappas with just the hollow ball and filling, present-day Golgappas come with a variety of fillings, toppings and flavoured water. The stuffing varies from mashed potatoes to boiled gram and crunchy peanuts. Generally, there are 3 types of flavoured water served with golgappas- teekhi, meethi and khatti. The present-day golgappas also come with a variety of toppings like chutneys, yogurt and bhujia. 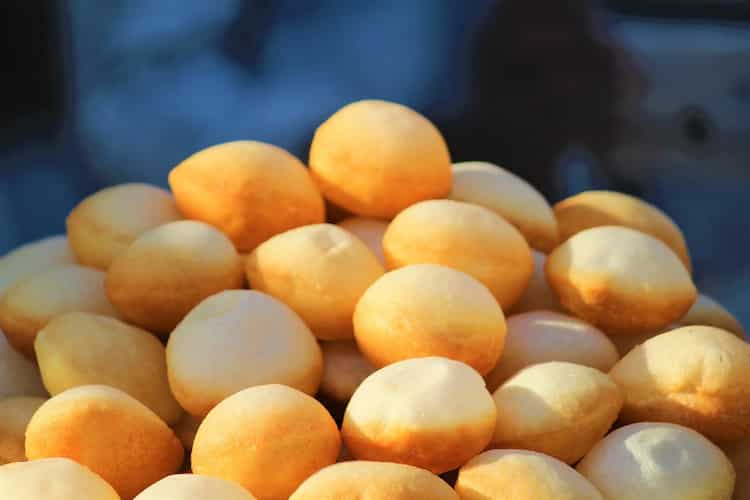 The future of Golgappas is quite evident through the menus of some bars in metro cities serving puchka shots and Pani Puri tequila. Some fine dining restaurants have also started replacing the classic tamarind water with rum and whiskey to give Golgappas a boozy twist. Not only in India but Golgappa stalls are lined up in parts of North America and are served in fine dining restaurants as an Indian classic all over the world. Golgappas are indeed a culinary delight and deserve to be served in all parts of the world irrespective of the culinary differences. The true embodiment of happiness, Golgappas deserve fame everywhere. And with globalization, the Indian dream of seeing Golgappas on the menus of top International restaurants doesn’t seem too far.

Tteokbokki: Know How To Make This Famous Korean Street Food