Do Clam And Oyster Look Alike? Know The Difference Once And For All! Oysters thrive in salty or marine habitats while clamps are mostly found in freshwater. Clams are low in fat and calories. They are rich in iron, selenium, manganese, phosphorus and vitamins C and B12. Clams also contain copper, which helps the body produce collagen and hemoglobin. Oysters are low in calories and fat. But they are high in phosphorus, calcium, potassium and vitamin B12. They also contain a good amount of zinc, which helps in healing the wound and building the immune system.

Oysters and clams are used as food in various parts of the world. Talking about the taste, clams are known for their spicy and salty taste, while oysters have a mild buttery taste. Clams are sold live in shells, and the best way to prepare simple shells is by steaming them or eating them raw. Raw clams are delicious, but many microbiologists recommend eating only cooked clams. While eating, eaters may find clams harder than oysters because oysters are easy to swallow. That's why many prefer oysters in seafood because of its taste. 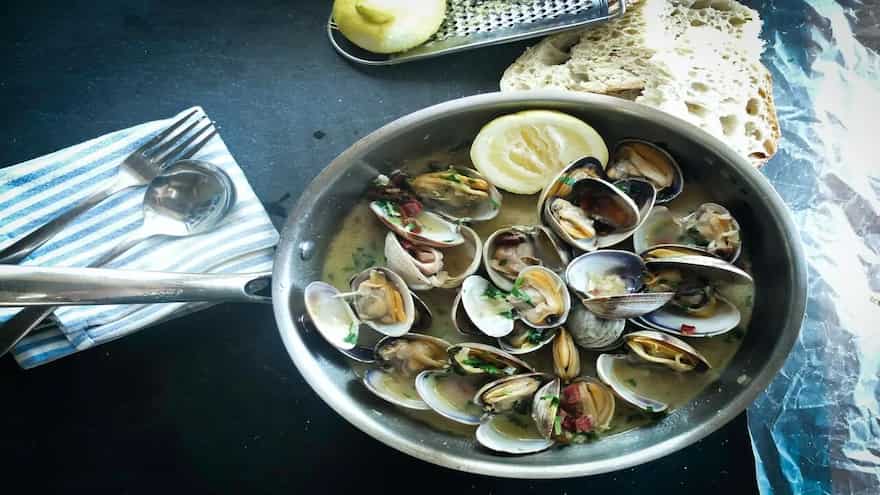 Clams open more easily than oysters. Their shells allow the blade to pass between them without twisting or inserting. On the other hand, oysters can be a little tough. The best way to open it is by inserting the tip of an oyster knife between the shells on the loop at the end of the tip. Rotate and push the blade with adequate force.

If you look closely, you can find major differences in the texture of clams and oyster shells. The shell of the clam is smooth and shiny, while the outer shell of the oyster is rough. Both organisms take in water through the shell, but the filtration process is different. Oysters produce coveted pearls, but clams do not.

Taste both the seafood and get to know more about them.

How to grill like a pro, and a shrimp cocktail recipe