This is a traditional dish of Rajasthan where sweet and spicy flavours blend with each other.

Today, Dal Baati Churma is a quintessential combination meal, popular in the state of Rajasthani. But who knew this trio could have been a war-time meal?

While each state in India offers a wide diversity in culture and cuisine, there are some things that will always be associated with a certain place. Delhi’s chole bhature or Mumbai’s vada pav are indispensable to the lives of the local people there. Such dishes also add to the regional identity of the place, making it the first few things that come to mind when you think of that area.

Dal Baati Churma is that dish for Rajasthan. The country’s largest state boasts of rustic curries and spicy flavours. Amongst them lies the trio combo of Dal Baati Churma. Did you know that this wasn’t really a combination from the beginning? Each of the three parts of this meal traces a separate history but the most interesting one definitely has to be of the Baati.

Back in the day, when Bappa Rawal was the founder of Mewar kingdom, the soldiers were constantly at war. In times of distress and chaos, food and water supplies were also limited. These Rajput soldiers devised the baati under such circumstances. A dough of wheat was prepared and the chunks of the dough were rolled into balls and left to be baked under the sun. Upon their return from the battlefield, the baatis would be ready for them to eat. These breads were then dipped in dollops of ghee, along with freshly-prepared goat or camel milk curd.

Soon, baati became the official meal during times of war as it served as a fulfilling meal at the end of the day. Now the question arises, where did the dal and churma land into this self-satiating meal?

Now the baati was a little hard to chew and eat. The churma came as a blessing in disguise. Going back to the Guhilot dynasty, a war cook had accidentally dropped sugarcane juice into the prepared baati. Little did he know that his mistake would actually turn the face of a simple dish and make it into something legendary. When the baati was tasted, it was realized that it was much softer due to the sugarcane juice and added a nice flavour to it too. Thus, churma became the household trend along with baati, allowing the baati to stay fresh till the men returned from the battle.

So what is left of the combo? The dal, of course.

During the rule of the Guptas in Mewar, the panchmael dal was brought in by a royal chef and this combination of having baati with dal became a ritual of the upper-caste. This spicy dal balanced the sweet churma and baati really well. Slathered with ghee, the baati is still relished with a bowl of curd in a lot of areas of Rajasthan.

Dal baati churma then travelled with Jodha Bai till the Mughal court of Akbar where it took the shape of kheech (a porridge) and bafla (a boiled and baked baati). These two variations of the traditional Rajasthani dish have believed to saved Jodhpur. Legend has it has that the founder of Jodhpur, Rao Jodha burnt his finger because of dipping it in the centre of the kheech, while taking refuge at a farmer’s house during his flee to Chittor. The lady’s advise, “You are making the same mistake as our king (Rao Jodha). Kheech is hottest in the centre and coolest at the edge. So one should eat from there”, helped Rao to think with a clear head and win back Mandore, according to The Better India.

Not only did this trio serve as a war time meal for the Rajputs but each part of the meal has an essence of history attached to its name. Now if you are craving this royal hero, here is a delectable recipe waiting to be tried by you. Dal Dhokli: A Delicious Bowl Of Food With An Interesting Story (Recipe Inside) 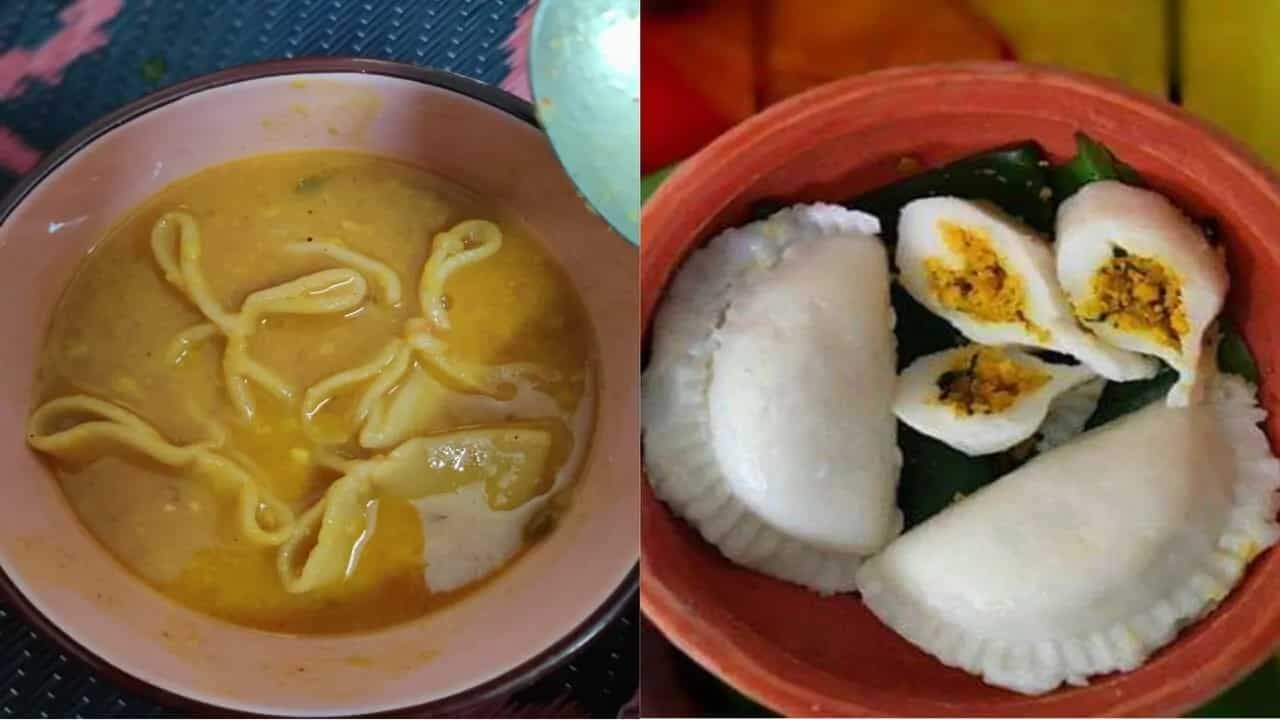 Dal Pithi And Pithwa: Know The Difference And Recipe Of These Two Dishes From Bihar Dal Dhokli: A Delicious Bowl Of Food With An Interesting Story (Recipe Inside)

Dal Pithi And Pithwa: Know The Difference And Recipe Of These Two Dishes From Bihar