Did you know the Carribeans have their own Chole Bhature snack?

Curry Of The Carribean Makes Us Wonder If It Has An Indian Connection!

If you ever come across the Carribean cuisine, you will find a touch of Indianess to the whole affair. Do you know why?

Inhabited by a host of islands and surrounded by a range of coasts, the Carribean encompasses the huge Carribean Sea and a flourishing culture. While the geographical proximity between the Carribean and India is far from near, the cultures and cuisines have intermingled with each other is very interesting ways. Traces of historical connections between the two throw light on the travel tale of the curry to the Carribean.

The early 19th century was a period of turmoil, social stratifications as well as some radical changes across the globe. The world saw the abolition of slavery in 1838 by the British which created an uproar in the agricultural industry in particular. Since the plantations in Carribean regions of Trinidad and Jamaica were dependent on these slaves, it was on the verge of collapsing due to this change. The extreme conditions of poverty and famine made the Indian sub-continent a lucrative land for the British to hire indentured labourers to work on the fields and plantations. These workers were then transported to places like Jamiaca, Fiji, Trinidad etc. and with them, they brought their culture and cuisine.

Belonging to north-east and central India primarily, these immigrants brought with them the roti and curry of India. The concept of a wheat-flour roti was introduced to Trinidad but whole wheat flour wasn’t available in the region. So it was modified into a parantha to which baking salt was added and broken into pieces before eating. Similarly, rice was brought to the Carribean by the Indo-Trinidadians too. They were the first to grow rice in Jamaica where the foundation of the first rice mill was laid down in the late 20th century. Dishes like Pilaf were brought to the region as a result.

There were several ingredients that were commonly used in Indian cooking but were not locally produced in the Carribean. This led these immigrants to look for substitutions. For instance, herbs like coriander, curry leaves and mint were nowhere to be found so cilantro or shado (w) beni became a replacement for coriander in most of the dishes and chutneys. Chillies were also not easily available so scotch bonnet was a fiery chilli pepper that was commonly used in curries.

The standard Carribean spice mixture of cumin, fenugreek, turmeric and coriander was inspired by the Indian flavours. Callaloo was the closest the Trinidadians could get to the Indian sag. Now comes the best part, they have a version of our Chole Bhature too. The fried puri-like bread is wrapped with chickpeas and finished off with a spicy chutney on top. This is a popular street food that is enjoyed by people on the go.

In Guyana, chutneys are a common affair along with spicy pickles as a condiment for meals. In fact, they use ingredients like tamarind and mango for adding tartness to their curries and other dishes. The curry goat, which is basically a replica of our traditional mutton curry, is so famous in Jamaica that it can be considered an altogether Jamaican dish today. They use scotch bonnet for the heat and the goat is cooked in coconut milk which lends it a distinct flavour.

Traditional Indian foods have been give a local twist in the Carribean, given the availability of ingredients as well their tastes, resulting in a completely new cuisine with deep-rooted Indian connections. 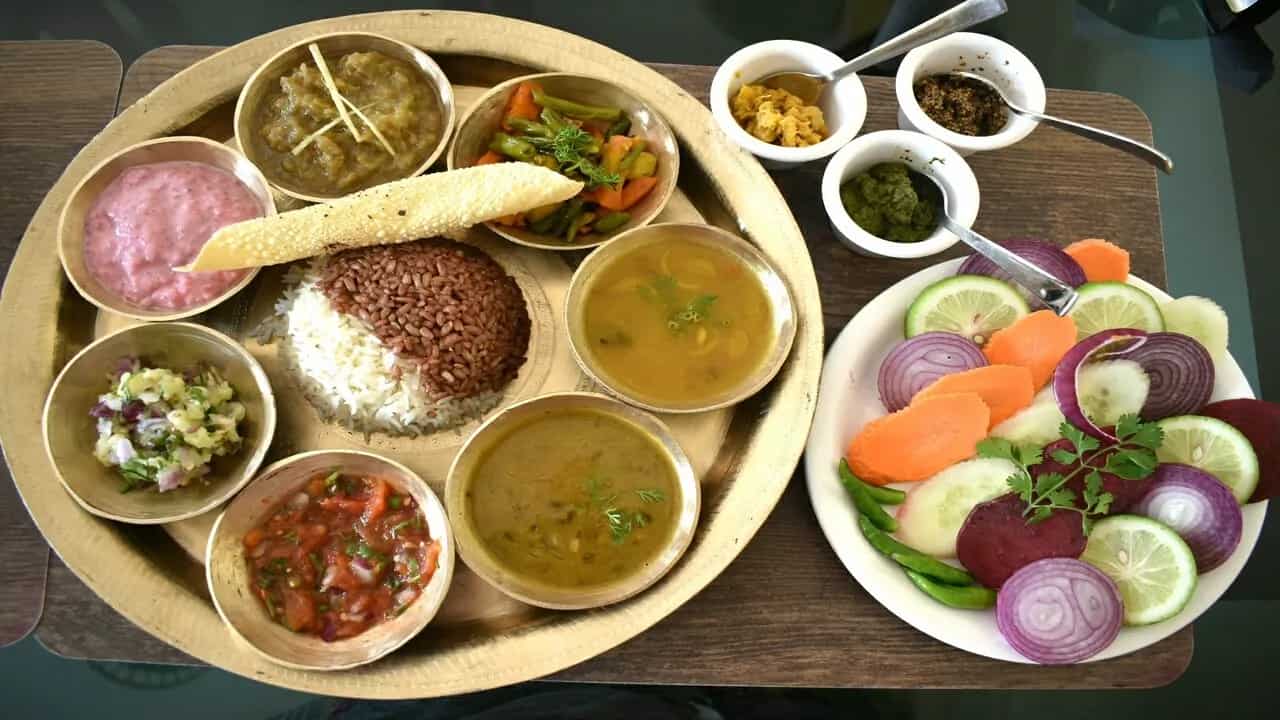