Up for an eclectic mix of dark rum, brandy, coffee, and seasoned with cinnamon, cardamom? Besides making our mornings a tad better, coffee also has a tendency to give our snacks and desserts a delish edge. In the culinary world it has been lauded for its versatility since time immemorial. Coffee can also make your cocktails more irresistible. Coffee Grog, a delicious cocktail made with dark rum, brandy, coffee, and seasoned with cinnamon, cardamom is a fine example.

Coffee Grog is said to be created by a legendary Hollywood bar owner named Raymond Beaumont Gantt, aka Don the Beachcomber. He is known as the ‘founding father’ of tiki culture or a culture of decorated bars celebrating travel and exotic flavours. Raymond was an enthusiastic person and was always on a search for something new. The creation of tiki culture in 1930’s was an extraordinary thing in itself. The theme bars weren’t available at that time, he was the one who first turned a retro-bar into an exotic-themed place for the customers who wanted to take the feel of tropical vacation without actually travelling that far. It is said that the coffee grog was one of many creations done by him. However, Raymond’s spiced Coffee Grog was actually popularised by Jeff Berry who first published the recipe in his book, “Sippin’ Safari.”

Coffee Grog usually uses two kind of rums which gives the cocktail a very strong tenor. Dark rum is said to be the best way to create this cocktail, as the age-old beverage imparts rich flavours to the drink. There are many versions of this iconic cocktail, and the most popular among them is the incorporation of butter and whole spices, which makes it unique from the rest of the cocktails. The peculiar elements add certain depth to the cocktail. Thus, if you are feeling fancy and also cannot stay away from your cup of joe. Coffee grog is the cocktail for you. Here’s the recipe for the same. 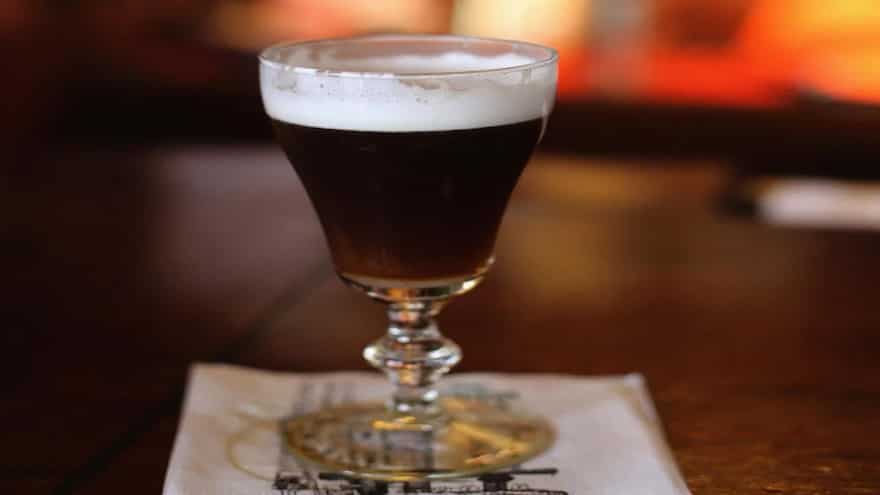 1. In a glass add all the liquid ingredients, then give it a good mix. After that add butter, nutmeg, clove, cinnamon and sugar. Mix the concoction well until the sugar is completely dissolved.

2. Lastly, garnish it with lemon slice. You can switch it for orange peel as well.

5 Reasons Why You Should Never Miss Your Morning Coffee

Too Much Consumption of Coffee Causes Heart Ailments, Try These 4 Alternative Drinks Instead

Veggies in Coffee: Making The Infamous Yet Wholesome Beetroot Latte

Egg In Your Daily Coffee? This Vietnamese Egg Coffee Recipe Will Blow Your Mind