Butter Chicken: Why There Is No End To The King Of Chicken Curries

Making butter chicken at home is also quite an experience. Tried yet? If there’s one thing that unites desi non-vegetarians, it has to be butter chicken! The quintessential chicken curry has fans across the globe with even Michelin-starred chefs raving about it, and it seems like we are never getting over it. Also known as Murgh Makhani, the delicacy has tender chicken chunks marinated in a spice mix and doused in creamy tomato gravy. But did you know that the dish originated in the 1950s by chance? Read on!

It is believed that three Indians at the popular restaurant Moti Mahal in Delhi invented the mighty butter chicken, simply out of the need to utilise leftover chicken! They tossed it in the leftover tomato gravy along with butter and cream, and thus invented the now world-famous butter chicken! And this has been ruling the hearts of millions of people across the globe. The distinct flavour and the beauty of this chicken curry lies in balance of tangy and sweet in a velvety, thick gravy, which is also pretty accommodative. You can pair it with roti, rice or naan for a wholesome meal! But to be honest, it is tricky to make the perfect butter chicken. Many restaurants either make it too sweet or some make it too tangy, the optimal balance is a tough feat to achieve. Delhi is synonymous to Butter Chicken due to Moti Mahal being at the heart of the city, but besides the original recipe of Moti Mahal, Delhi’s Havemore or Made In Punjab are some of the restaurants today, that might have perfected the art of balancing a butter chicken. Such is the revolution of butter chicken to a global level and reinventing in nouveau ways, that many restaurants and chefs have taken upon themselves to do so. 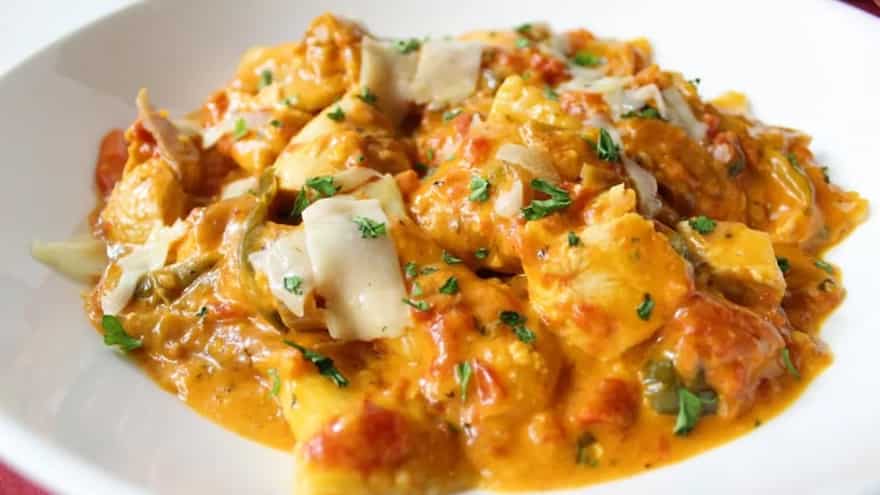 Making butter chicken at home is also quite an experience. Marinating the butter chicken till a perfect time with optimal quantity of spices, tossing it in a perfectly glazed, buttery-tomato gravy to simmering the chicken well, it is no less than an art. And when you cook it at home, it definitely calls for a feast! While butter chicken may look like a delicacy for special occasions, but who are we kidding? Don’t we crave it every now and then? To talk of cravings, restaurants and eateries have come up with butter chicken tacos, rolls, wraps, biryanis and even pizzas, to sate your sudden cravings and well we aren’t complaining!

Try this yummy butter chicken recipe at home! And if you are someone who loves to experiment with your classic butter chicken, we’ve got some more recipes to try right here.