International Sushi Day: 6 Popular Types Of Sushi To Order On Your Next Japanese Trail

Whenever someone talks about Japan, the first thing that strikes our mind is Sushi. Not to forget, their special tea drinking ceremony. With cultural exchanges and influences, you tend to find all kinds of cuisines everywhere. Japanese cuisine is becoming really popular across the world, with new restaurant chains cropping up from its Asian neighbours to European nations. Sushi is ideally an artistic creation of Japanese where the raw fish rolled in fermented rice along with veggies and served with wasabi. This is the common Western idea of what a sushi is like. The traditional Japanese sushi is far from this visual. It was invented as salted fish that is rolled up in rice to preserve it. And the word Sushi means sour, linking it to the fermented rice.

When on a Japanese trail, you might get confused because how much we may love it, none of us sushi connoisseurs, right? Here’s a list of 6 popular types of sushi that you can order on your next visit. 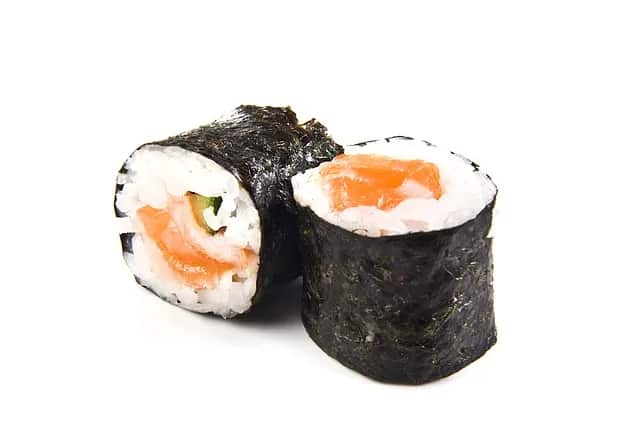 This is the most commonly known sushi that you will find in most images. Maki perfectly fits the visual of a sushi plate because it consists of raw fish like salmon or tuna along with vegetables like carrots and cucumbers that are wrapped in seaweed with rice. These are usually made using bamboo mats. Based on size and style, they can be futomaki, hosomaki, gunkanmaki and temaki. Think of Uramaki as upside-down of a maki. Basically, what’s inside in a maki i.e., rice comes outside and the seaweed or nori goes inside. This reverse technique has been accredited with several delicious sushi rolls like Dragon roll, Spicy tuna rolls etc. Well, sashimi is not actually sushi. This is because when you order sashimi, you’ll simply be served raw fish in rectangular slices along with some soy sauce, wasabi, and ginger to accompany. 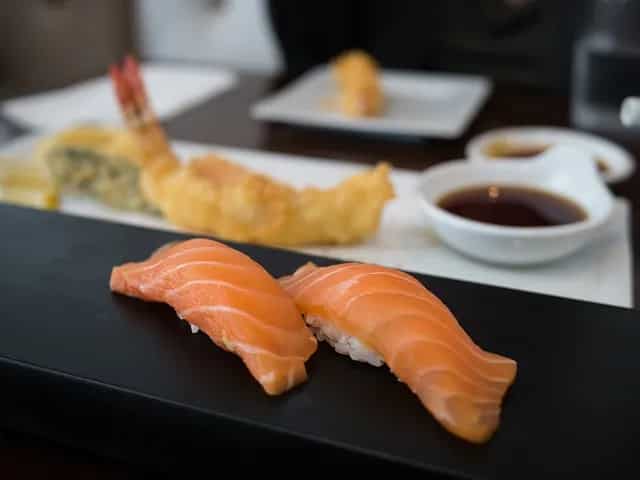 This consists of sliced raw fish placed on a bed of vinegared rice. It is actually the most traditional way of eating sushi and can be eaten by hand. It could be made with a variety of fish like tune, salmon, shrimp etc. 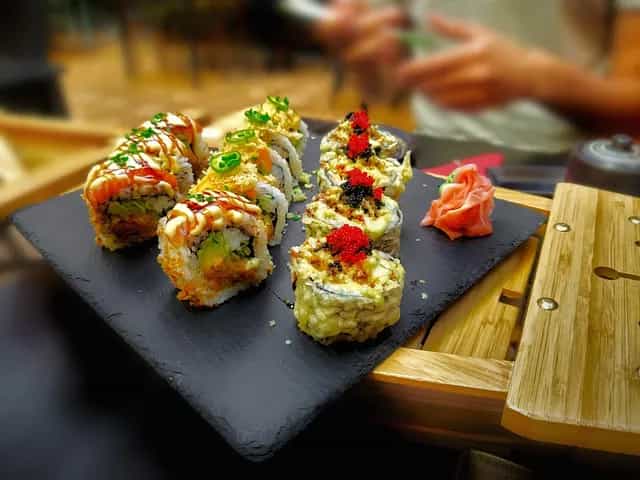 These are not entirely sushis, but sushi rolls. Tempura rolls are an amalgam of Western and Japanese traditions. Here, a similar process of wrapping sushi in nori and rice is followed except that it is deep-fried. Tempura fish or shrimps are deep-fried in batter made of flour and eggs. Imagine sushi. Now Imagine a sushi bowl. That’s precisely what Chirashi is. It consists of a combination of veggies placed neatly on a bed of rice with raw fish to top it up.

Are you tempted already? Plan a Japanese trail this weekend and enjoy the variety.