Every street has a story to tell and Japanese street food has some vivid ones. Are you #teamstreetfood or #teamgourmet. We agree, it is difficult to pick sides, but there is something about street food that evokes the child in us. If you are an avid traveller, you would know that it is on the streets, where you would find the authentic flavours and stories galore. It brings us closer to the culture of the country even better. We all know the famous saying that every street has a story to tell and the Japanese street food culture has us gluttons glued. Japanese cuisine is known for its rich culture and culinary practices that have been passed down from generation to generation. Somewhere in between, street food also came into existence and evolved with its flavourful offerings that can satiate any foodie with its scrumptious taste. So, let’s look at some of the most amazing street foods from the land of the rising sun.

Takoyaki is a delicacy from Osaka which literally means ‘octopus fried’. This marvel is made with the little pieces of octopus, tempura scraps, ginger pickles and spring onion which are made into balls and are deep fried. Takoyaki is a culinary work of art as the Japanese street food chefs skillfully flip the luscious spherical balls at a rapid pace using chopsticks, that makes the golden balls crisp on the outside and gooey on the inside. Thus, it is often recommended to eat while they are piping hot If pancakes were spicy and full of meat then they could be called the perfect okonomiyaki. This street food is different from original pancakes as it involves ingredients like cabbage, egg, octopus, shrimp, pork and noodles which is slathered with Japanese mayonnaise on the top. 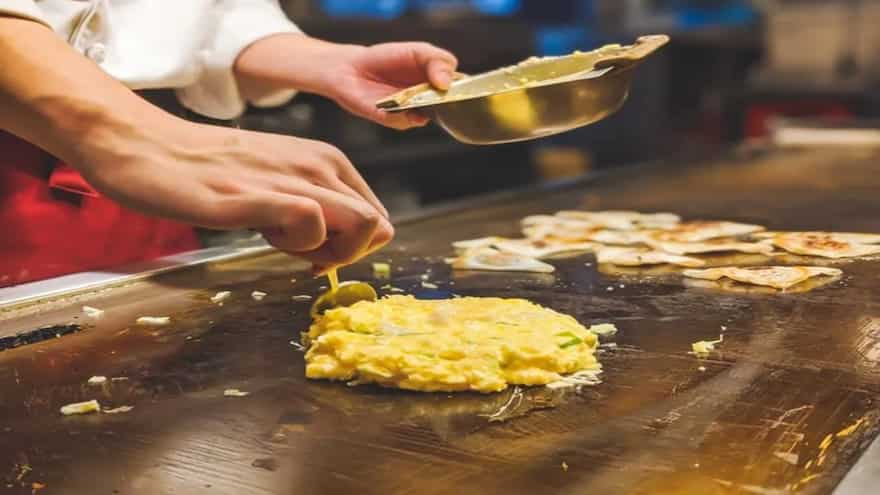 This dish is immensely popular in the streets of Japan, this is a classic finger food in which the whole squid is pierced through the length of its body with a wooden skewer stick. Vendors grill this food item over the charcoal that gives the smoky and chewy texture to the squid. It is often served with wasabi or soy sauce which gives it a zingy taste. Do try this slimy meaty treat. Taiyaki's appearance can fool you by its shape but don’t worry it is not a battered fish fry. On the contrary it is sweet-meat, this crispy pancake-like treat is infused with red bean paste, custard, chocolate and cheese sometimes. Haven’t you heard the adage don’t judge a book by its cover? There’s no shortage of sweet treats in Japan. Kakigori is a summer staple in the streets of Japan, traditionally this snow cone is topped with sweet red beans, condensed milk and flavored syrup. The taste of the toppings makes it even more delightful. Lesser-Known Food Traditions in Japan That Everyone Should Follow